When False is Sort of True

I’ve always had a morbid curiosity about unusual crimes, from the JFK assassination to the Manson murders to the two Teds (Bundy and Kaczynski) to OJ, on and on. This fits into my obsession with “Why do people do what they do?” Which fits into my obsession with writing with as much truth and authenticity as possible. One crime that’s gotten revived lately is the Tonya Harding – Nancy Kerrigan affair from 1994, due to the award-winning biopic “I, Tonya.” The picture came out last fall, in time to be discussed in the run-up to this year’s winter Olympics. Having been fascinated by the crime as it unfolded in real life, I made a point to see the movie, which I found fascinating as well.

I mean, what a story! Redneck skating champion wearing too many sequins and acting too athletic, dissed by the girls-gotta-be-pretty skating establishment, prompts an attack on her rival, the dazzling dream girl in the white lace dress. We have the sleazy boyfriend, the thug with the police baton, the semiliterate bodyguard, and the giant stage of the top athletic competition in the world. We have the bar owner who checks her dumpster for unauthorized trash and finds incriminating notes in redneck skater’s handwriting. I mean, my God. I was riveted to every report, having long been a fan of Olympic figure skating (ref. Zestful posts 158 and 252). It was especially thrilling to me that the attack occurred in my home zone of Detroit, in Cobo Arena. I still remember that Shane Stant was reported to have stayed in the Super 8 motel on Middlebelt Road next to Detroit Metro Airport, mere yards away from the impact point of Northwest Airlines flight 255, which crashed in 1987, killing all aboard but one little girl. Another compelling story, albeit not a criminal one.

The other day I read an amazingly sensitive profile on Tonya written by Taffy Brodesser-Akner in the January 10, 2018 New York Times. 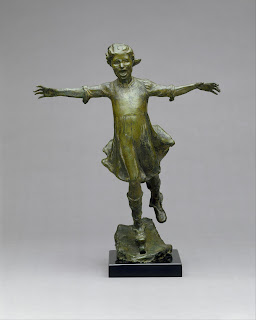 The writer sat down with Tonya and took her seriously, and got a whole lot of the inner Tonya that no one had gotten before. So many lessons here:

A caricature is not a person.
All you have to do is listen with some measure of respect and yes, compassion.
People want to tell their story, but only if they feel they’re not being judged.
My truth may not mesh with your truth.

Here is a quote from near the end of the article:
“A lot of what she said wasn’t true. She contradicted herself endlessly. But she reminded me of other people I’ve known who have survived trauma and abuse, and who tell their stories again and again to explain what happened to them but also to process it themselves. The things she said that were false—they were spiritually true, meaning they made her point, and she seemed to believe them.”

Isn’t spiritual truth a great term? This is something we as writers need to keep handy. We create characters, and they need to seem real. Nobody acts logically all the time; nobody thinks every single thing through before they do it. Nobody can see the big picture all the time. The big picture for Tonya was, she was surrounded by goons, and goons can’t do anything right, and they can’t keep their mouths shut. All this is apart from right vs. wrong. Everybody has their spiritual truth. And pretty much everybody, from the three-year-old who steals a cookie to the investment banker who builds a Ponzi scheme to the serial killer who stalks and slaughters as often as possible, feels their behavior is justified, at least at first. Self-justification is a big deal to us humans. We do things, and we want those things to be right. We want to be seen by others as being, always, somehow, in the right. Sometimes we are.

It’s easy and fun to paint somebody with one simple stupid color. But it’s not the best we can do. I’m not saying perps ought to get a free pass if they’ve had a shitty life. But letting them talk helps us understand them. So, keep letting your characters talk to you. Make them sit down over a beer or coffee and talk to you. Remember the idea of spiritual truth. Good guys, bad guys. Make them tell you their stories, from the beginning. Don’t judge them. That’s the job of your readers. When we understand, we can create something authentic, nuanced, compelling—and zestful.

What do you think? To post, click below where it says, 'No Comments,' or '2 Comments,' or whatever.
If you'd like to receive this blog automatically as an email, look to the right, above my bio, and subscribe there. Thanks for looking in.
Posted by Elizabeth Sims at 12:15 PM