My first retail job was in a produce market that was only open during the summer. Great for kids needing summer jobs, which we all were, except for the head cashier, who was a hardbitten, chain-smoking redhead who had a crush on the owner, who, she regularly and mournfully informed us, didn’t even know she existed.

Which was bullshit, because without her the place would have collapsed. But we knew what she meant.

I have many fascinating stories about unloading watermelons (human chain; if you drop one you have to cram the pieces down the sewer as fast as possible before Ronnie sees); grading peaches (a job to be foisted off to a rookie employee after the peaches are four days old, because yuck); and more.

Later I spent ten years selling books, a year-round job where I learned all about Black Friday and the Christmas rush (as it used to be called). A butt-busting time of year, but fun too, because everybody on staff got into the spirit of the season while being able to justifiably whine about how hard it all was. Boy, did we sell books.

Every year around this time I think of retail, and give thanks that I don’t work it anymore. I give thanks to you, my friends, my readers, and to and all three of my family groups (birth, law, and chosen).

In the spirit of giving, thought I should give away some e-books in honor of Black Friday, just for the hell of it, you know. Somehow Holy Hell presented itself in my mind, dunno why. So yeah, the first in the Lillian Byrd series is free on Amazon through the weekend. Tell your friends, because the more downloads, the happier I am. As I write this, twelve hours after zeroing out the price, it's already #2 in Amazon's GLBT Mystery & Detective category. Happy.

Also, here is a fun page you can print out and color to make look like a turkey, just as we all did once in the past, at least those of us who attended kindergarten in the United States in the 1960s. Do children still do this? 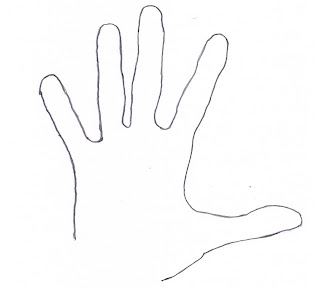 You can enjoy coloring it and maybe even upload and share your work here. (You can email it to me and I'll post it next time, because I don't think you can attach anything to a comment.) Remember, there is no such thing as a poorly colored Thanksgiving turkey hand.

With warm wishes and love,
Elizabeth


If you'd like to receive this blog automatically as an email, look to the right, above my bio, and subscribe there. Thanks for looking in.
Posted by Elizabeth Sims at 12:24 PM 6 comments:

Breaking the Rules of POV

Recently I got three inquiries in a row from aspiring writers wanting advice on point of view in fiction, specifically shifting POV from one character to another, and even more specifically, mixing first-person POV with other styles—third person limited and omniscient: can we do it? should we do it? how do we do it? (Thank you to D, J, and E for giving me the idea for this post.)

The novels of my first series (Lillian Byrd crime) are all in first person, which has its joys. The reader gets to know the main character intimately—if you’ve done your job well—and the limitations of the form can help shape your plot. One character can’t know everything, which automatically introduces an element of suspense. I chose first person for my first books because I was told by some magazine article (probably & ironically in Writer’s Digest magazine) that all first novelists should use it, because at least then you can’t screw up POV.

Alternatively, writing gurus often tell new authors to stick with one style of POV: pick either first, third-limited, or omniscient, and stay there. Yet messing around with POV is interesting, and it can be just the thing for your story. Yet it’s fraught. 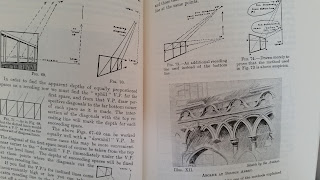 In many novels old and new, an omniscient narrator tells the story, shifting frequently from one character’s viewpoint to the next. If done well, we get not only a literal unfolding of the story, but also the characters’ inner worldview—their thoughts and judgments as to what’s going on. But the narrator becomes a bit of a character as well, which can be helpful or annoying, depending on the skill of the author.

For The Actress (Rita Farmer mysteries) I wanted more flexibility than simple first person, because my story was more ambitious, wider ranging, with more characters. Yet I liked the intimacy of first person. So I looked around to see if any novels mixed first with third limited and/or omniscient and found a few that worked (don’t ask me; I forget), so I figured I could do it too.

Yet I hated reading novels where the POV sticks with one character for almost the whole book, but shifts quickly and inexplicably to another character’s POV as a way out of plot jams, which is cheap. Suddenly—gosh!—we learn what the bad guy’s thinking, just at the exact moment we need an explanation of what the hell his motivation is. Then we’re back to the hero for the duration. In such cases, shifting POV is a way to avoid telling the story with discipline and fluidity. And it’s pure plain jangling to readers. It’s especially bad when readers constantly have to re-orient themselves to rapidly shifting limited POVs. Note I say limited: This is worse than just choosing omniscient, which imposes its own demands of reason and plausibility.

So I structured The Actress to begin from the perspective of Rita, my protagonist, and to shift POV only at major breaks. Sometimes it’s a chapter break, other times it’s a mid-chapter shift from one scene and set of characters to another. I carried the same pattern into the other two Rita books. By On Location I was pretty comfortable with it.

Currently I’m writing a final draft of a novel told in a mix of third limited and omniscient; no first person. It happens in Los Angeles, it involves a retired schoolteacher, her illiterate (and undocumented) cleaning woman, and a gang of corporate saboteurs. It digs into why people help one another, why they betray one another, and how far into the abyss they will go for money—and sometimes love. The title is Crimes in a Second Language.

Bottom line answer to the questions on mixing POVs: Yes, we can do it. We should do it IF the story demands, or at least prompts it. Keep your artistic integrity handy and never shift POV to get yourself out of a tight place you’ve gotten yourself into. When mixing first with third limited / omniscient, do it sparingly.

Moreover, don’t be cowed by the process. Relax, jump in, and give it a try.


If you'd like to receive this blog automatically as an email, look to the right, above my bio, and subscribe there. Thanks for looking in.
Posted by Elizabeth Sims at 1:43 PM 4 comments:

How to Turn Darkness Into Light

This post is to honor two friends recently lost to cancer, Jeanne Bates Smith and Sandra Moran Pletcher. It’s also in honor of you, my reader, and yes, my friend.

Here’s the whole of it. When a marvelous human being too soon leaves the building for good, we grieve hard. Then we have to figure out what to do next. If we lose our joy, that’s letting cancer—or whatever disease or disaster—win. If we focus on disbelief, if we keep insisting things ought to be the way they were before, that’s making that person as gone as can be. It’s giving death everything.

To change darkness into light:

When you speak and behave honestly and kindly, feel happy, because she did so.

When you make an effort to understand—to really extend yourself—be joyful, because she did so.

When you do anything your beloved person did, with integrity and a true heart, laugh, because she or he is there with you.

When you
act like a goof;
taste/smell/touch/hear/see something that person liked;
get out for a walk or a jog or a swim;
create something for the hell of it;
make a mistake (yes, of course);
try to fix something;
be joyful, because. 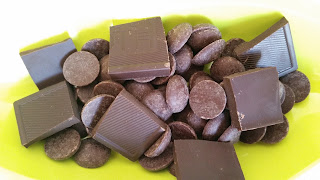 I said to Marcia the other night as we grieved our friends, “I guess the pie of life is like this: half work, half love, and half chocolate.” Don’t start with me about math.

Time gets us all. But it can’t steal our joy. So do the work now. Give more love now. And don’t forget the chocolate.


If you'd like to receive this blog automatically as an email, look to the right, above my bio, and subscribe there. Thanks for looking in.
Posted by Elizabeth Sims at 1:01 PM 7 comments:

I’m not telling you to let your kids go hungry. But it’s a fact that lots of us spend lots of time on fake responsibilities. Do you really need to answer every email as thoroughly as you do—or at all? Must you vacuum that often? Do you have to go out for drinks with the gang every time? Must you be as well informed about the news of the day as the guy who wins all the arguments around the water cooler? (What’s gonna be on his tombstone—HE BLOVIATED?) 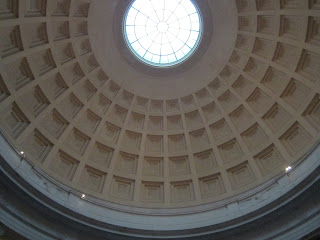 All we gotta do is our best work.

What do you think? To post, click below where it says, 'No Comments,' or '2 Comments,' or whatever.
If you'd like to receive this blog automatically as an email, look to the right, above my bio, and subscribe there. Thanks for looking in.
Posted by Elizabeth Sims at 12:33 PM 4 comments: