In my decades of experience with writers and their associations, I’ve noticed that critique groups are big on finding fault with mixing first and second person in narrative, whether fiction or nonfiction, because writing guides say you’re not supposed to. Here’s the thing: Writing guides are often like the tax code: Without rigid rules, the whole thing will fall apart! We cannot permit any discretionary freedom! Because people won’t understand, and they’ll do something awful. Then we’ll have to send soldiers to your house.

To define our terms in a nutshell: First person is [I], second person is [you].

Yeah, it’s possible to write terrible material, rule book or no rule book. But if you avoid mixing persons, you can’t go wrong from a technical standpoint. However! Mixing first and second persons in narrative or dialogue is a matter of common sense. How does it read, how does it sound? If you experiment and let your imagination go free, you can come up with lively, natural-sounding stuff.

My poster boy for this is Ernest Hemingway. In his first—and in my opinion, best—novel, The Sun Also Rises, we find this passage:

[We went down the stairs to the café on the ground floor. I had discovered that was the best way to get rid of friends. Once you had a drink all you had to say was: “Well, I’ve got to get back and get off some cables,” and it was done.]

(‘getting off some cables’ meaning, in olden times, sending news reportage via telegraph.)

The novel is written in first person, but the narrator, Jake, moves easily to second person when it sounds right, as again in this description of the Spanish countryside viewed from a bus:

[There were signs on the walls of the churches saying it was forbidden to play pelota against them, and the houses in the villages had red tiled roofs, and then the road turned off and commenced to climb and we were going way up close along a hillside, with a valley below and hills stretched off back toward the sea. You couldn’t see the sea. It was too far away.]

Let’s unpack this a little bit. The first indication of person is the first-person plural ‘we’ [we were going way up]. If Jake had stuck with first person and told us [I couldn’t see the sea.], we might, upon reading the sentence and before getting to the next, assume that someone’s head was in his way. Then, upon reading the next sentence, we might guess that Jake is nearsighted. That would be possible. Or maybe nobody could see the sea from the bus, because it was not in view. The reader must guess. And a perceptive, close reader would feel slightly unsettled.

Jake could have maintained first person by saying something like: ‘The sea was not in view, being too far away.’ Or: ‘No one on the bus could see the sea, because it was too far away.’

But both of those are needlessly stiff. Using ‘you’ in constructions as Hemingway did is a perfectly good way to craft narrative that sounds natural, even conversational. 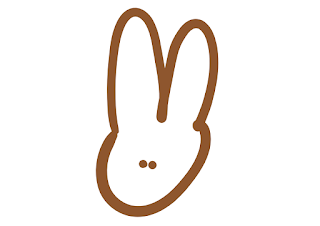 If Beatrix Potter were to get reincarnated as a 25-year-old dude with a Reddit account, she might write:
[I slipped under the fence to Mr. McGregor’s garden. He was in there, pulling back and forth on that long stick with the short spikes on it? Yeah, I have no idea. But I got a couple of carrots. You just have to work fast, while his back is turned. They were awesome carrots.]

But if she or anyone were writing a doctoral dissertation on jet propulsion, the thing would be rigidly in super neutral third person, and it would be correct, if not natural.

[The mixed gases expanded at a greater rate than expected, in this instance producing a catastrophic failure of the interior aluminum housing. The next test replicated that result.]

Fine. Right. Next time the team will adjust the mixture to include some polyethylene wadding in a hexagonal configuration, which should slow down the burn rate and produce a cleaner level of bullshit.

I mix persons all the time in this blog, and I mix them in my fiction as well. Readers don’t notice; all they care about is whether they’re enjoying what they’re reading.

Yes, it’s possible to do a bad job of mixing persons and having it be obtrusive or fake-sounding. But it just this second dawned on me that in all the material I’ve evaluated, edited, and judged for aspiring authors, I don’t think I’ve ever once said, “You know, you should review a usage guide on first and second person, because you seem to have no clue.” Maybe, maybe once or twice I’ve had to stop somebody from constantly and wildly switching, but it’s just not a common problem. Except in critique groups.

Test your material simply by asking, “Does this sound natural?” Now go get ya some of them carrots!

What do you think? To post, click below where it says, 'No Comments,' or '2 Comments,' or whatever. [Sketch by ES]
If you'd like to receive this blog automatically as an email, look to the right, above my bio, and subscribe there. Thanks for looking in.
Posted by Elizabeth Sims at 1:58 PM