As a child I was an early riser. I'd get up at dawn and roam silently around the house. One morning I picked up a sheet of paper my mom, then a college student, had left on a table. On it were typed the strangest words I'd ever seen. They formed a poem, and I read the paper over and over, fascinated by the screwy vocabulary. I was eight.

One night at dinner I began saying the poem from memory, for the hell of it, and everybody put down their forks and looked at me. I finished the poem with the repeated first stanza, " 'Twas brillig, and the slithy toves did gyre and gimble in the wabe..." Nobody commented, but years later I later learned I'd made some kind of impression. To this day I can recite the whole of "Jabberwocky" (Lewis Carroll), though I can't say it's ever come in handy.

Later, one of my college professors awarded us extra credit for memorizing passages of classic poems. I memorized stanzas from Milton, Keats, even Chaucer and them kinds of guys. The one that's gotten the most play in my life is from Coleridge's "Rime of the Ancient Mariner", where he talks of the bloody sun and the shrinking boards and you just can't find a decent drink of water anywhere. 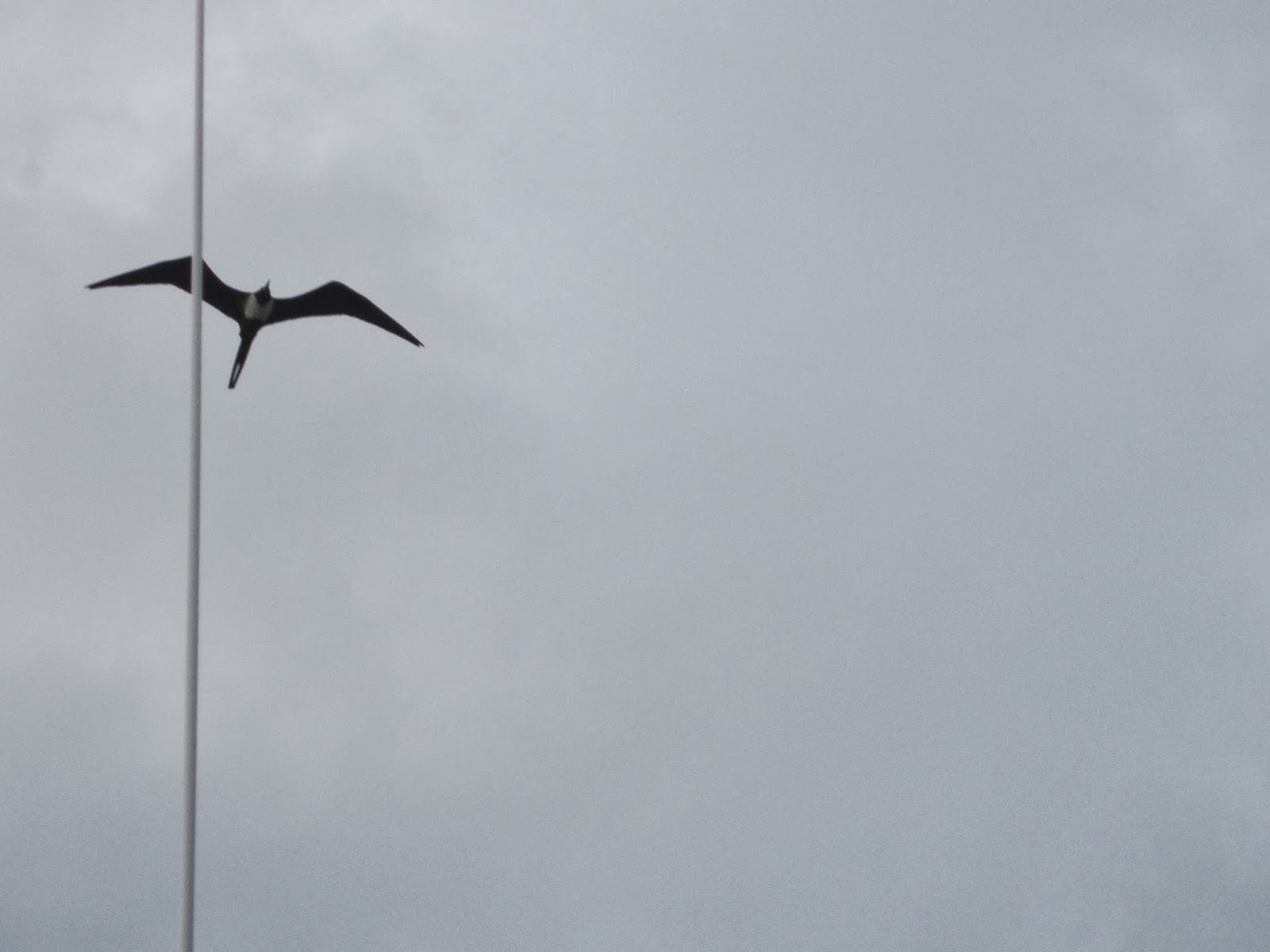 You can hold a room spellbound with that passage, if you get into it. Just in case, here it is (from Part II):

All in a hot and copper sky,
The bloody Sun, at noon,
Right up above the mast did stand,
No bigger than the Moon.

The very deep did rot: O Christ!
That ever this should be!
Yea, slimy things did crawl with legs
Upon the slimy sea.

About, about, in reel and rout
The death-fires danced at night;
The water, like a witch's oils,
Burnt green, and blue and white.

Have you memorized poetry? If so, what? Do you ever find yourself declaiming it?
To post your ideas / comments, all of which I read and try to respond to, click below where it says, 'No Comments,' or '2 Comments,' or whatever.


If you'd like to receive this blog automatically as an email, look to the right, above my bio, and subscribe there. Thanks for looking in.
Posted by Elizabeth Sims at 11:24 AM 4 comments:

How do you tell if a book is good or not, as you're reading? I was talking about writing and reading good fiction at a workshop and a woman asked: "So if you're reading a book and you can't get into it, that means it's no good?"

Oh, nay, lass. Not necessarily, anyway. Matter of taste and personal preference must be considered.

A restaurant offers many different dishes. If a dish new to you was placed before you and you tasted it and didn't care for it, I hope you wouldn't say it was bad food, unless it was poorly prepared. And there are some empirical standards by which we judge food: ice cream should be cold, a steak should be sizzling, a pilaf should offer some complexity as well as a pleasing blend of flavors, there shouldn't be a dead fly in anything, and so on. 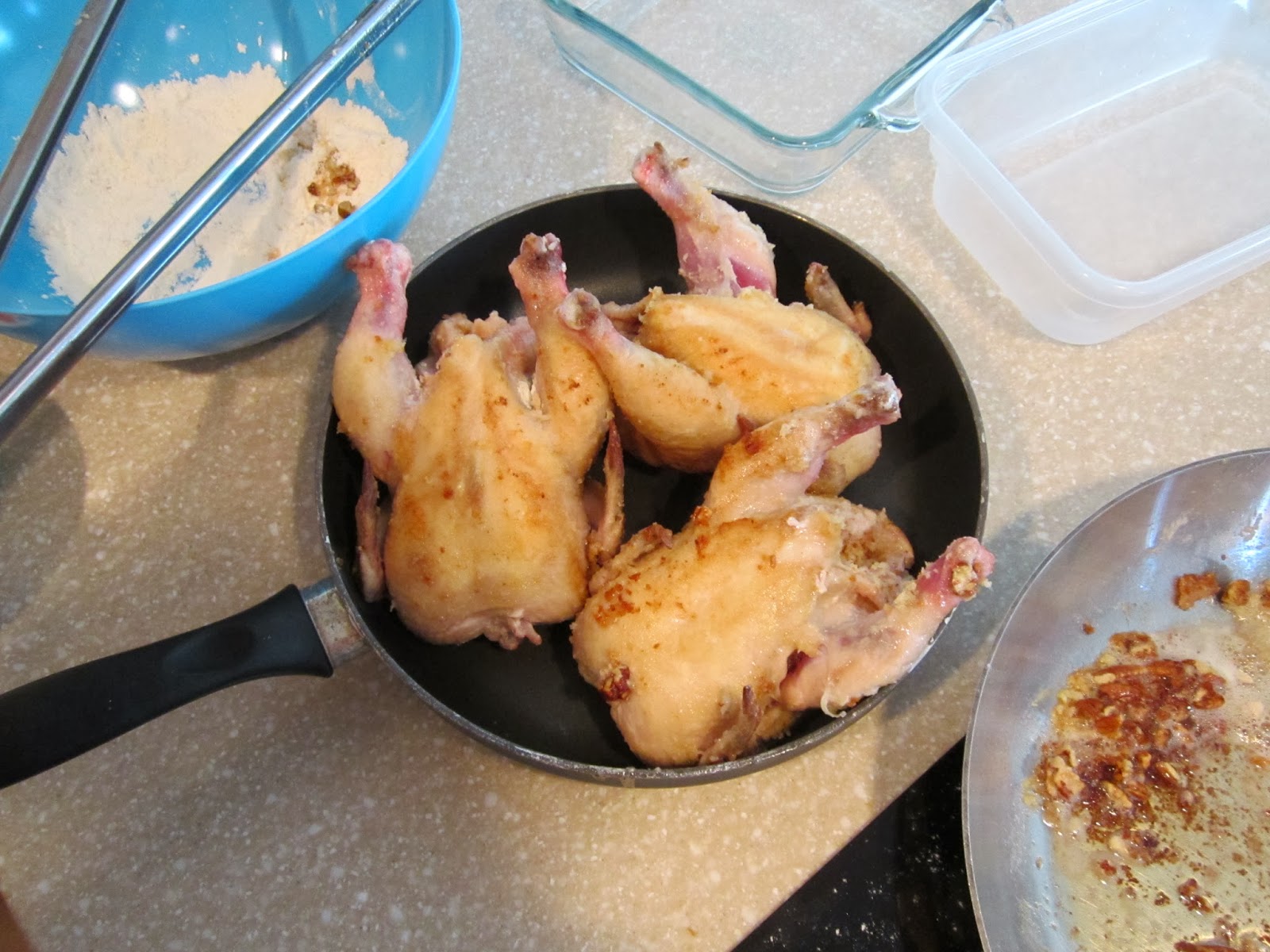 (I might add that little chickens should be nicely browned.)

Same with writing. You rightly expect to find lively characters, an engrossing story line, and some measure of style, for starters. If you read something that contains mistakes of grammar, implausible plotting, and bland dialogue, then you're justified to call that writing bad, and can legitimately post a negative review on your favorite online forum.

What if you like adventure tales, but you pick up a book that turns out to be chick lit? Not to your taste, not your preference. Are you justified in calling it bad, and warning others away from it? No, not merely on that basis.

In fiction as in anything, defensible standards can be good guidance. We only cause damage when we assume our taste should be everybody's taste.
What do you think? To post your ideas / comments, all of which I read and try to respond to, click below where it says, 'No Comments,' or '2 Comments,' or whatever.
If you'd like to receive this blog automatically as an email, look to the right, above my bio, and subscribe there. Thanks for looking in.

Posted by Elizabeth Sims at 1:08 PM No comments:

Songs in the Key of Bang

We've all seen diagrams of the brain, the familiar frontal lobes, the cerebral cortex, the medulla oblongata, and so on. There's right brain for blowing bubbles in a meadow, there's left brain for doing your tax return, there's the place that's supposed to control your urge to kill, the place that makes you know when to double down on a pair of fours in blackjack, and the place that comes to life when you hear a champagne cork pop.

I just love that popping sound, not necessarily because it means something good to drink; I just like the sound. I like the rhythm of train wheels, too, and the buzz of the beans in the coffee grinder. I play the drums in a couple of symphony orchestras here in Florida (Tampa Bay Symphony and the South Shore Symphony Orchestra, both of which have concerts upcoming), and I guess that means the percussion zone of my brain has crowded out other, more useful zones, like the one about doubling down. 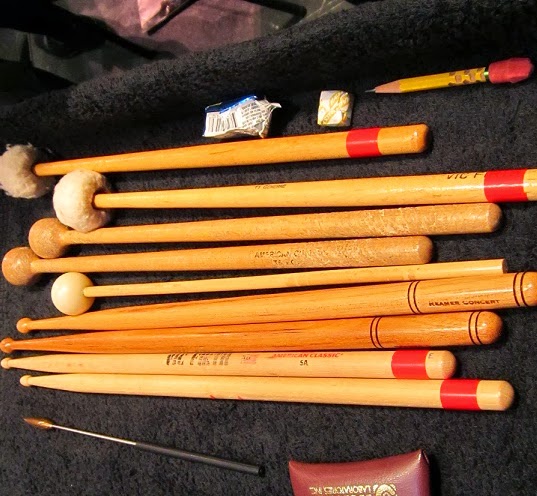 A clarinet was in the closet at home when I was ten, so I started on that. But I soon yearned to play the drums. Expressing a desire to change instruments, however, would have shown weakness of mind. Also, Girls Didn't Play Drums, and the ones who did had to endure constant questions as to whether they really were a girl or not. If you were a true girl, you played the flute or clarinet.

In college marching band I played saxophone but made friends with burnout drummers and, when the season was over, became one of them. Under their pot-smoke-impregnated wings, I learned that halfhearted drum playing earns you a spot in the toilet of public opinion, while playing drums with concern and heart earns you nothing. But while you're doing it, you feel like you're on the summit of Everest.

And that's the key: to go into any arena and look for the thing that inspires you most.

Playing percussion, I learned you don't just hit it; you play with taste, you listen to the ensemble, and you acknowledge your place in the back row as coolest of the cool.

A trumpet player once said to me, "You must have nerves of steel to play the cymbals." And it's true. You know the old saying, "If you're going to make a mistake, make a big one"? Well, you get your chance if you're on cymbals. Unlike the violin, where you can look at nine other people playing the same thing and go, "Oh, yeah, I'm lost right now, but I'll come in when they do," there's nobody else poised to strike those two heavy spun brass plates, whether fortissimo or quad-piano. You've got to be ready, and do it.

Over time, I've felt more and more driven to simply show up and serve the music.

When is Progress Not Progress?

When the Interstate highway system went into place, bit by bit, it was exhilarating. I remember the construction of new pieces of it in my home state of Michigan. Suddenly you could drive safely on the Interstates at a consistent speed, and get to where you're going as efficiently as possible, given the interdependent elements of time and fuel use.

Thus the old, slower routes were superseded. Progress was made.

Sure, in a way. Interstates made, for instance, the old U.S. Route 66 obsolete, as least as far as Chicago to Los Angeles was concerned. Eventually Route 66 was decertified. 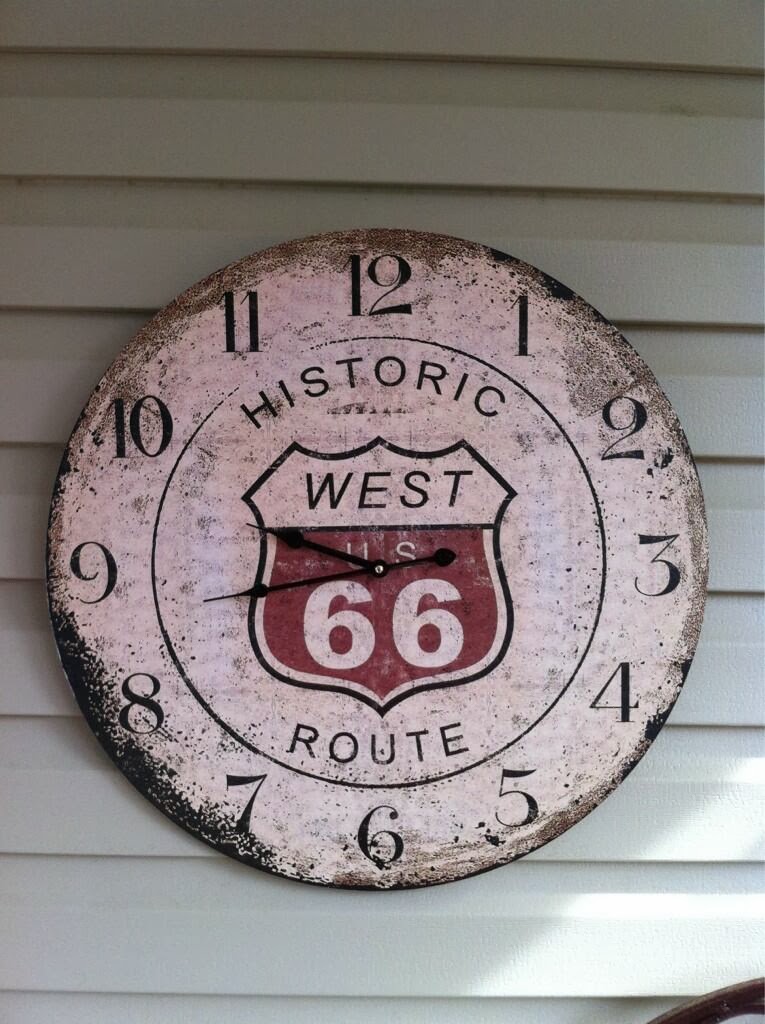 [Thanks to Tom Vegod for cool photo of Rte. 66 clock.]

Yet the Route retained its status as the original road to California, and now it's being revived by buffs of history and romance.

Because, of course, faster and more efficient isn't always best. And lots of people know it. But fast and efficient are so seductive!

I think about these things when reading and writing.

When I was in my twenties I learned how to speed-read (remember Evelyn Wood?). Speed-reading was progress: A new technique to help people like presidents and researchers absorb the gist of a book in a few minutes. But for me it was like taking one bite out of a delicious dish of food prepared with care by an expert chef, swallowing it without chewing, then throwing the plate away, then grabbing another dish, taking one bite, then throwing the rest away, etc.

I thought reading slowly must be what stupid, lazy people do. Yet I liked to read slowly, and I still do. It took me years to get comfortable with that, to stop feeling ashamed of being a slow reader. Ridiculous, I know.

But now I say it loud and proud: When you read slowly you can take pleasure in the author's style. You can pause to think things over. You don't miss stuff. Because for me, a single beautiful, perfect sentence can be the most important thing I remember about a book, fact or fiction. Plus, I reread some books, for the pleasure and learning of it.

Scanning some informational stuff for its gist is OK, for sure. I do that.

I know I won't read as many books in my lifetime as fast readers do. But I'm OK with that.
As for writing, I like to write at a pretty good clip. But I slow down when I need to. I look back and revise. I want to make it beautiful and right. I want to serve you a delicious dish you'll savor and remember.