If you read this blog, you’re my friend. At some point before we’re all dead, I’m gonna send out a newschat, but today you guys will learn a little bit of news in advance, along with my Facebook friends, who saw this yesterday. Gonna talk about awards here. If you are an author, especially, please read to the end of this post to get my most heartfelt and useful advice. Last week I learned that Crimes in a Second Language is receiving the silver medal in the Florida Book Awards, general fiction category. Which is nice. But upon hearing the news, I was like, shit! Because I had wanted and expected gold! That’s how I am: totally confident in my superiority as an author. Which, though arguably delusional, has not proved to be any serious handicap.

During the most recent cycle of the Olympics, I read somewhere that psychologists have determined that the least happy medalists are the ones who get silver. Because of course the gold people are happy that they won the top prize, and the bronze people generally are ecstatic that they got a medal at all. The silver people go Aw hell, should have gotten the gold! And that was exactly my first reaction to this silver medal. But I’m over it. I’m gratified that the other two medalists in my category were published by major houses in hardcover, while I released Crimes independently, under Spruce Park Press, my personal imprint. The gold went to Laura Lee Smith for The Ice House (Grove Atlantic) and the bronze went to Randy Wayne White for Mangrove Lightning (Putnam). I hope to meet them both, along with the winners in the other ten categories, at a dinner in Tallahassee next month. Will someone actually put the medals around our necks, like at the Olympics? The thought makes me nervous. I’ll report back.

I give major credit to the judges for taking my book seriously and not discounting it because it’s a humble indie. Their identities are public information on the FBA web site, so I’m going to thank them here: Chris Coward, Jennifer Pratt, and Dianna Narciso. All judges are past winners of FBAs. I highly approve of having judges be identified, because it makes the process transparent. Yeah, I guess an author could try to coddle up to a judge or send a case of Scotch to their house, but the risk of something like that swaying a judge doesn’t cancel out the benefits of transparency. 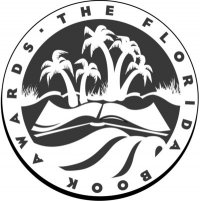 When you think about it, most of us have competed for lots of things. Grades in school, the affection of a parent, athletic contests and games, and so much more. Competition is a part of life. Some competitions are completely objective. You skate the fastest or you don’t. You jump the highest or you don’t. You earn the most money or you don’t. Then there are the subjective contests, which play so much havoc with artists. Your pirouette spin wasn’t as pretty as hers. Your book wasn’t as good as his.

I’ve cursed judging panels when books of mine have been snubbed and books of inferior quality (in my opinion) given prizes. “Pearls before swine!” is my go-to rant, meaning the judges’ tastes were so coarse they couldn’t recognize quality when they saw it. I’ve been a judge in literary contests, and I know how subjective the process can be. (Certain things you can be objective about: the mechanics of writing, for instance. Then there is literary merit. Let the brawl begin!)

The sad reality is that awards do drive readers’ choices. Just the other day I participated in a group reading with other authors; all of us had some books for sale. As I was signing a copy of Left Field for a reader, she said, “I bought the one that won the award!” That copy happened to have a GCLS Goldie sticker on it, one of a bunch they give you for such use.

Some authors get depressed when they don’t win an award, and that’s just so wrong. Understandable, but wrong. You gotta either get mad for a while (pearls before swine), or shrug and say, “Who cares?” You cannot let the non-win affect your self-esteem. It’s the same when a negative review smacks you in the face. The hell with it.

So, publish your work, enter competitions, go for the gold, but remember this tremendously important fact: Your work is not you. Your work is your work. It is separate from you. And remember the corollary: A win doesn’t mean you’re special. It means a particular piece of your work was judged to be worthy. That’s all.

What do you think? To post, click below where it says, 'No Comments,' or '2 Comments,' or whatever.
If you'd like to receive this blog automatically as an email, look to the right, above my bio, and subscribe there. Thanks for looking in.
Posted by Elizabeth Sims at 1:06 PM