Of Precision I Sing

If you’re a stickler for precise language and spelling, these are dark times. The rise of voice-to-text software, declining literacy rates (at least in the U.S.—I read about it), and the hurried way we often produce and consume words—all of this is adding up. Also, OK, I’m all for STEM. STEM for president. STEM for lucrative, clean-hands jobs. But more emphasis on STEM means less emphasis on literature. I’m sorry, but it does. And it shows. And I grieve.

OK, here are some commonly misused words, with corrections. I am driven to write this today. I know word meanings change over time, often because of sloppy usage. But let us not be part of that hideous process.

An announcer said this on the radio yesterday: “But the school principal was accused of flaunting the rules.” No. You flout the rules, you flaunt your six-pack abs at the beach.

Keeping to the ‘f’ theme, let’s look at another pair: 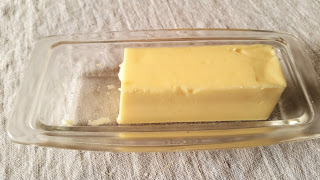 Again, yesterday. I picked up a package of page tabs in a store—you know, those things like paperclips for marking pages in a book? Was going to buy it until I read on the back that the tabs are ‘discrete’. Put it back. No, the tabs are discreet; they don’t hang out like sticky notes or the like.

Although the words are related, discreet means to be cautious or even guarded, while discrete simply means separate, individual.

While we’re on homonyms:

To faze is to disrupt or disturb. Phase can be a noun or a verb; a phase is a stage or an episode, while to phase is to execute a sequence.

Flak is anti-aircraft fire from ground positions; the metaphorical meaning is severe criticism. A flack is a publicist or promoter.

Thank you so much for your attention to these matters.


If you'd like to receive this blog automatically as an email, look to the right, above my bio, and subscribe there. Thanks for looking in.
Posted by Elizabeth Sims at 2:02 PM