In my ongoing campaign for precise language and spelling, today I offer:

To jibe is to agree with or be consistent with. To jive is to talk nonsense, fib, or play jazz; to improvise. But jive is being used so commonly to mean jibe that it’s appearing in dictionaries that way. Please join me in resisting that jive. A jib is a triangular sail on a boat, or a part of a crane. The idiomatic usage, “I don’t like the cut of his jib” means to dislike how someone looks or be suspicious of someone.

While watching an episode of “Mad Men” I was gratified when Bert Cooper corrected one of his underlings. One of the guys said, “I’m hip to that.” Cooper cut in, “It’s hep.”

Just like jive and jibe, hip and hep have become confused. To be hip is to be fashionable and up to the minute; to be hep is to be knowledgeable.

Strait means narrow, restricted, which is what one of those garments does to a person. Straight means extending in one direction with no deviation. But again, the misuse is so common, both spellings are becoming acceptable. Just not by me.

Abstruse means obscure or difficult to grasp; obtuse means dumb or dull. (An obtuse angle in geometry is one with a blunt—or dull—point: greater than 90 degrees and less than 180.) (Thanks, RM!) 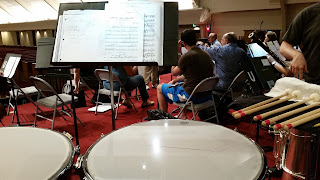 Each of these drums is a timpano. Together, they are timpani. When I play them, I call them timps.

All right, I feel better.


If you'd like to receive this blog automatically as an email, look to the right, above my bio, and subscribe there. Thanks for looking in.
Posted by Elizabeth Sims at 12:19 PM