Finishing Sets You Apart More Than You Know

My wife, Marcia, is currently serving as a teaching assistant for the Massachusetts Institute of Technology in an online course in game design. (She is a very good programmer and designer.) The course is free; 11,000 people around the world signed up for it.

The course is in the fifth week of its six-week term. As of now, 2,800 people have either introduced themselves or made a comment in the online forum: that is, 2,800 people have participated at all. And 37 have submitted the final assignment, which is a finished game. (Finished more or less; we all understand the concept of a first draft…) 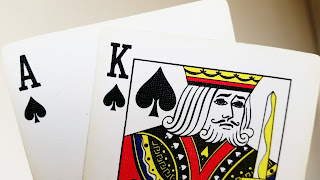 Lots of people want to be game designers; they love to play games and they figure they could make one as good as or better than the ones they love. Lots also believe they can become millionaires by designing a cool new game. So they sign up for the course. This is not some crummy tutorial, it is a course designed and presented by MIT, home to the most innovative game lab in the world.

You see where I’m going with this. Lots of people want to write a book; they love to read and they figure they could write a book as good as or better than the ones they love. Lots also believe they can become millionaires by writing a cool new book. [Tiny pause for bark of laughter.]

Side note: Marcia took that MIT course herself in 2014. She was one of the few finishers. Apart from designing her game, she actively participated in the forums; she took the trouble to offer ideas and helpful feedback to the others. The professors and assistants thought highly of her. Come time to renew the course in 2016, guess who they asked to be the TA?

That’s all you need to know today.


If you'd like to receive this blog automatically as an email, look to the right, above my bio, and subscribe there. Thanks for looking in.
Posted by Elizabeth Sims at 11:20 AM