Now and then a pal publishes a book! Here are two recent ones I’m happy to share out. Congratulations to Bev Prescott and Neil Plakcy. 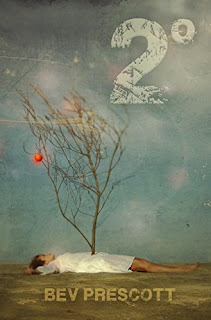 In the year 2092, climate change has transformed the face of Earth. Storms, disease, famine, thirst and war show no mercy on the living. Sharon Clausen, a self-reliant farmer, has a secret apple tree—a tree that keeps Sharon and her wife, Eve, fed.
The only other people who know of her secret, or so she thinks, is Dr. Ryan, a long-time confidant, and his wife, Areva. Once a month, Sharon and Eve travel from Maine to Boston to trade apples with Dr. Ryan for Eve’s leukemia treatment. Everything suddenly changes when Eve is kidnapped and the Ryans are murdered. Sharon learns that her best kept secrets are known and coveted by a man known as the Strelitzia—a coldly practical villain. Sharon sets out on a harrowing journey across North America to rescue Eve. Along the way, she teams up with an Inuit refugee boy, a stray dog named Erik the Red, an eccentric former school teacher, a jujitsu master, an Argentinian opera star, and a brilliant scientist who leads an alliance of eclectic people known as the Qaunik. Together, this ragtag group battle horrific storms, an unrelenting desert, terrifying criminal gangs, feral humans, and the Strelitzia. In the end, Sharon must face her greatest challenge—risk all that she loves for something much greater than herself. 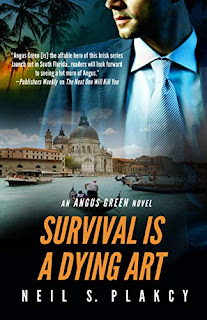 Special Agent Angus Green is still in his twenties, and his red hair and good looks often make people underestimate him, but he’s a smart, fearless cop who believes in the FBI motto: Fidelity, Bravery, Integrity.
Fort Lauderdale retiree Frank Sena is working with pawn shop owner Jesse Venable to retrieve a painting stolen from Frank’s uncle, a gay Venetian killed during the Holocaust. Angus volunteers to help Frank, and discovers Venable is the subject of a task force looking into smuggling immigrants out of war-torn countries in the Middle East. Angus, who knows nothing about art and speaks no Italian, may be in over his head as he is assigned to befriend, and ultimately betray, Venable. But with the help of his Italian-speaking brother and his art-loving boyfriend, he may be able not only to retrieve the painting, but solve a smuggling case and potentially save thousands of lives. The investigation will take him from the sun-drenched rooftops of Venice to a private yacht speeding down Fort Lauderdale’s New River. Along the way, he’ll learn the true meaning of survival.

If you’re a subscriber to this blog or to my newschat, do let me know when you’ve published a book, and I’ll shout it out one way or another, OK?

I love comments. To post one, click below where it says, 'No Comments,' or '2 Comments,' or whatever. Some readers have recently reported problems with posting. If you experience a problem, please let me know at esims@elizabethsims.com.
If you'd like to receive this blog automatically as an email, look to the right, above my bio, and subscribe there. Thanks for looking in.
Posted by Elizabeth Sims at 10:46 AM