Crying is Beside the Point

Not long ago I watched a video of a young boy in a martial arts class trying to break a board. The instructor was on one knee, holding the piece of wood in his hands, and he was coaching the boy. The rest of the class, all boys around age eight or nine, I guess, were sitting cross-legged in a row, watching. Another instructor stood by.

The boy, as he’d been taught, lunged forward, yelled, and struck the board with his fist. It might be accurate to say he struck at the board. It didn’t break.

You pulled that one, the teachers said. Do it again. The boy did. The board didn’t break. The class was riveted in silence.

You pulled that one too, said the teacher. The boy tried again, and the board didn’t break.

Yes. The teachers were compassionate in that wonderful simple way some men have, and told the transfixed class that it’s all right to cry. You could see in all the other kids’ faces that they knew they could be the guy up there, the one failing to break the board, the one crying. The teachers didn’t comfort the boy. They didn’t explain anything to the class. It’s all right to cry. If they had told the boy to stop crying, then crying would have become the focus. Crying is beside the point.

To pull a punch is to take away the effort at the last instant. In crooked boxing matches, a fighter throws a punch only to take the force off of it just before it lands, so it looks like he punched this opponent, only he didn’t really hurt him. To metaphorically pull a punch is to hold back from saying something or doing something completely, honestly. It’s related to chickening out.

The instructors encouraged the boy to do it again. Notice they didn’t say try it again. Do it again. This was the most important element of this little video clip, to me. 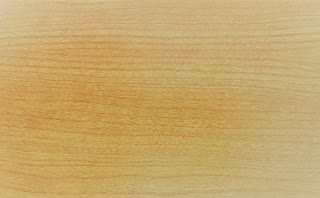 It dawned on the boy that he was not going to be permitted to sit down until he broke the board. There was no way out except to succeed. He set himself, lunged forward, yelled, and broke the board.

He had committed. He made a literal breakthrough, and I don’t imagine he’ll ever forget the first time he broke a board. He had wanted it to be easier. It was as easy and as difficult as it was.

Commitment, as we see, as we know deep down, takes courage. Wise achievers learn this for themselves, over and over. The moment the boy mustered his courage to commit to breaking the board, he committed, he executed, and he succeeded. There’s belief in there, too, isn’t there? If you doubt the board will break, it won’t.

As it is with our work, every day. Courage. Don’t think you don’t need it. Call upon your supply of it. How do you replenish your supply of courage? What an idea. Let’s think about that, let’s talk about that. It’s all right to cry.


If you'd like to receive this blog automatically as an email, look to the right, above my bio, and subscribe there. Thanks for looking in.
Posted by Elizabeth Sims at 10:46 AM

Email ThisBlogThis!Share to TwitterShare to FacebookShare to Pinterest
Labels: boy breaking board, commitment, courage, Crying is Beside the Point, martial arts