Authors often get confused by the subjects of plot versus theme, and I don’t just mean aspiring authors. I’ve seen established authors get things mixed up, and their fiction turns out much less powerful than it could be.

Here’s how to make magic: Consider a plot thread and a theme together. Here is an example, or actually, I guess it’s a demonstration.

Recently I set out to write a short story starring my alter ego, Lillian Byrd. I wanted to give Lillian a problem to solve. And I wanted the problem to involve a friend of hers, and I selected her animal loving friend, Billie. Billie calls Lillian and tells her that her car has been towed and impounded by the city, and she doesn’t have enough money to get it out of jail. So, problem.

Lillian offers to lend her money, but Billie doesn’t want to borrow. She asks instead for Lillian to come over and help her sort through her collection of vinyl records so that some can be sold to raise the money for the fines. Because Billie’s record collection is the stuff of legend, Lillian can’t abide the thought of it being dismantled. OK, so this situation is getting more complex, and it becomes a plot arc. One way or another, we know that Billie’s problem will be solved by the end of the story, because that’s how stories work.

And there we have a theme, and we can call that theme any of a number of things: friends helping friends, the quality of friendship, the plight of low-wage workers, the hazards of not saving money for emergency situations. 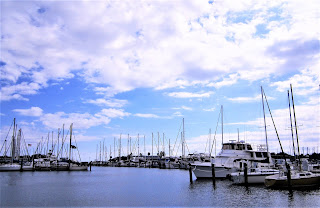 Very soon after creating this problem for Lillian, I realized I needed more plot, and it stood to reason that another plot line would be just the thing. Lillian must take it upon herself to solve this problem of Billie’s, but she’s not sure what to do. The second plot thread appears when Lillian’s phone rings, and it’s her rich friend Flora Pomeroy, who wants her to drop everything and come out for a boat ride with her and some other rich friends. Billie urges her to go (they can deal with the record collection later), and we know that the boat ride will furnish some delectable action.

As soon as Lillian gets aboard, Flora tells her that she wants her to investigate a member of the boating party — while they’re out on the water! — in order to settle a bet Flora made with another friend, who also happens to be aboard. As soon as we hear about a bet, we know cash is lurking around.

What develops is another theme, along with the plot line, along with a significant plot arc. We could call it the theme of friends helping friends, just the same as above, or we could call this theme human ingenuity, or we could individualize the theme and call it Lillian’s willingness to take drastic risks for the hell of it. (That theme seems to crop up repeatedly in my Lillian fiction.)

You can see that both plot lines and both themes will come together and make for a satisfying outcome. At least, that is what I’m hoping readers will think after they’ve read the story! It is as yet unpublished, because I have to create an e-cover for it and run it by my beta readers. [Would you like to become one of my beta readers? Send me an email—addy is on my web site under contact—telling me so. You’ll also become a member of my Newschat list, if you’re not on it already.]

So, what’s the point of considering plot in light of theme? Simply that when you consider your plot lines along with the themes that relate to them, you create an awareness in yourself, an energy that makes your story add up to more than the sum of its parts. You might be moved to create dialogue where your characters discuss their feelings about specific things—or avoid talking about specific things. You might notice ways to build on themes by ramping up risk or reward or trouble. You might see weaknesses you can easily fix. These are subtle elements and distinctions—perhaps even ineffable—but these are things I love to think about and want to help you love to think about too.


If you’d like to receive this blog automatically as an email, look to the right, above my bio, and subscribe there. Thanks for looking in.
Posted by Elizabeth Sims at 1:07 PM