The Shifting Winds of Success

Jessica Strawser, Editor in Chief at Writer’s Digest magazine, is now a published author. Almost Missed You is available everywhere, reviews are glowing, and Jessica is officially a success! Congratulations, my friend.

In her recent essay in Publisher’s Weekly (which coincided exactly with the launch of her book, which I might note is some awesome promo/coordination), Jessica tells a little bit about the challenges and setbacks she dealt with before her publishing contract came. Given that I know a little more about her behind-the-scenes struggles, I particularly appreciate the Nancy Kerrigan-style “Why?” moment. 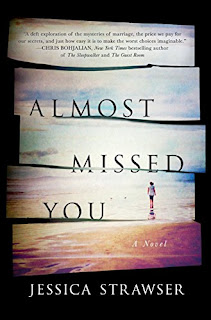 I could not but be struck by the difference between Jessica’s debut with St. Martin’s Press and mine (St. Martin’s Minotaur) back in 2008. My book, The Actress, was in the first group of releases to be issued as e-books (along with print) by SMP. Printed galleys were sent to the usual print sources, and they generated a handful of reviews. Authors were informed, just prior to their pub dates, that SMP was now going exclusively to Twitter for promo. No other information or instructions came forth, other than “Let’s all tweet!” I didn’t have a Twitter account. I got one, and stumblingly started to use it, in spite of being appalled at the quick shallowness of the medium. I still use it stumblingly. I’m still appalled by it.

I was invited to blog for a week on Minotaur’s “Moments in Crime” blog, which I dutifully and as entertainingly as possible did. The blog went defunct a short time later and was taken down. I repurposed some of those posts here in Zestful Writing.

Digital profiles and social media were just getting rolling back then, and I was slightly with it, having a web site, but that wasn’t saying a lot. Downloadable digital audio books—as opposed to books on cassette tape or CD—were starting to gain traction, thanks to the iPod. (Remember iPods?) But it didn’t occur to Minotaur to put The Actress on audio.

By contrast, Almost Missed You came out perfectly: simultaneous print, digital, and audio editions, with appropriate advance copies to critics AND consumers. Just three days after launch, the book has hundreds of positive reviews on Goodreads and dozens on Amazon, thanks in part to NetGalley. (Goodreads and NetGalley were barely getting going back in 2008, and New York publishers were oblivious.) Needless to say, the fact that so many of the reviews are positive has nothing to do with the medium, and everything to do with Jessica’s talent and command of her craft as a writer.

Jessica’s position at Writer’s Digest has been a great platform. She’s made good use of it; she’s worked. She’s written the next book, and she’s built a terrific presence on social media, and she’s done plain old networking as well.

As you can see, my purpose with this post is not only to give some exposure and props to Jessica and her book, but to illustrate the speed of change in the business. I’m happy and excited for my friend, and I’m envious too! But I’ve learned how fickle the world of publishing is, and how much one must rely on oneself as a source of strength, creativity, and resilience. The target is always moving. And we’re always learning. Opportunity awaits.


If you'd like to receive this blog automatically as an email, look to the right, above my bio, and subscribe there. Thanks for looking in.
Posted by Elizabeth Sims at 1:35 PM