Q & A with Mark Gottlieb

A few months ago the literary agent Mark Gottlieb, of the Trident Media Group, offered to do an interview here at Zestful Writing. I’d just published a post about this blog being strictly my idiosyncratic take on things, and explaining why I never seek out content written by anybody else. I told Mark hey, get in touch after the first of the year and maybe we can do an interview. I figured he’d just be like, screw it and not bother, and then I wouldn’t have to actually say no to this guy who works for one of the most prestigious agencies in the world. 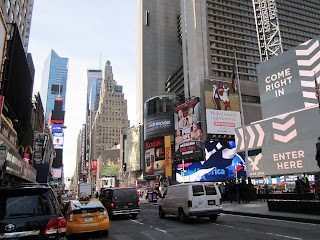 But he did get in touch, and I thought, OK, I have to respect somebody who follows up like a professional. So I shot him a few questions. Below are his answers in their entirety. Needless to say, the reason people do these things is to promote their business or ideas. But Mark also offers some finger-on-the-pulse insights I found worthwhile, and I hope you do too. And hey, you might consider getting in touch with him when you have a manuscript ready to go!

What do literary agents talk about when they get together for drinks after a long day at a writer’s conference?

In order to make the best of my time, I tend to avoid other literary agents at conferences, focusing instead on attaining new clients and helping new writers grow into published authors. I’m not usually one to try and make idle chat or niceties with the competition, but I have in the past had the opportunity to hear from other literary agents, after they’ve had the liquid truth serum. Mostly it’s kvetching about the state of book publishing and how much they despise Amazon but can’t live without it. I’ve also heard other literary agents talk about how they struggled in first trying to sell fiction and/or commercial fiction and have instead taken to churning small nonfiction deals, since nonfiction is generally easier to sell. Conversely, fiction and commercial fiction is our bread and butter at Trident Media Group, though we do rank just as highly in nonfiction deals.

How would you describe your business model? Have you made any changes in response to the digital- / self-publishing revolution? If so, what?

It is all too easy for an author to feel discouraged and turn to self-publishing or small indie publishing. However, many successful self-published authors eventually go into traditional publishing in order to take advantage of having a team of professionals who help them take their work to the next level.

A literary agency with industry knowledge and expertise can bring a huge value add to the table for an author, evidenced by many of the success stories we’ve created for our clients, the bulk of which are award-winning and bestselling authors. We’ve actually built a lot of self-published success stories into mega-bestsellers, giving authors a Godzilla-like footprint in the industry.

Trident Media Group is a full-service literary agency for authors, handling accounting, legal review, management, foreign rights (books in translation), book-to-film/TV, audio books, etc. We’re also a literary agency with tremendous clout in the industry, so we can get many things for authors from publishers and film / TV buyers that an author otherwise would not be able to get on their own.

The digital landscape has seen our literary agency evolve. Thanks to the tremendous resources available to our company and our Digital Media and Publishing department, Trident Media Group often helps our clients in their marketing/publicity efforts. We also try to put the publisher on the hot seat in encouraging them to perform marketing/publicity tasks for the author, by sharing ideas and having in-depth meetings with publishers.

Trident will also make recommendations to our clients on how they can think about improving their social media presence and look to online efforts to market / promote their books. Otherwise, book publishers normally devote their marketing dollars and other resources toward authors that are huge successes or are making a major debut.

We at Trident might even recommend a private book publicity firm to a client, but that doesn’t come cheap. An author should still know that their role in marketing and promoting the book is integral to the process since, at the end of the day, readers / fans will want to hear from the author.

Literary agents may be reluctant to tell authors how they and their literary agency ranks on Publishers Marketplace’s site. Many authors, who are just plain happy to have found a literary agent, don’t always choose the right sort of agency for not asking that question of a literary agent. We at Trident Media Group are book publishing’s leading literary agency as we rank #1 for overall and six-figure+ deals (highest monetary category an agency can rank for) on publishersmarketplace.com, both for fiction, nonfiction, and agencies. We have ranked that way for over a decade, which is how long Publishers Marketplace has been around. That means we have numerous #1 NYT bestselling authors and many award-winning authors. When a new author looks at a big agency like ours, which is close to fifty employees and takes up the entire 36th floor of a Madison Ave building, they often think they will get lost in the shuffle, when in reality it is really quite the opposite. This being a big agency means that we have devoted legal, accounting, audio, digital, office management and foreign rights departments, which means I can spend more time with my clients, focusing on their careers. This is not to speak ill of other agencies, but the same cannot be said of a very small agency tight on resources where agents there, by-and-large, must work in a vacuum, and therefore have little time to properly handle audio and foreign rights, unlike an agency of our stature.

Who’s your favorite author of all time?

My favorite book is Ralph Ellison’s INVISIBLE MAN as it helped me through a difficult time in my life and made me feel as though I had a friend in that book. 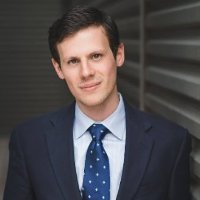 [This is sexist, right, but isn't he the cutest thing?]

Mark Gottlieb attended Emerson College and was President of its Publishing Club, establishing the Wilde Press. After graduating with a degree in writing, literature & publishing, he began his career with Penguin’s VP. Mark’s first position at Publishers Marketplace’s #1-ranked literary agency, Trident Media Group, was in foreign rights. Mark was EA to Trident’s Chairman and ran the Audio Department. Mark is currently working with his own client list, helping to manage and grow author careers with the unique resources available to Trident. He has ranked #1 among Literary Agents on publishersmarketplace.com in Overall Deals and other categories.


If you'd like to receive this blog automatically as an email, look to the right, above my bio, and subscribe there. Thanks for looking in.
Posted by Elizabeth Sims at 12:39 PM