I want to share with you some good stuff from my article, “21 Ways to Pivot Your Plot,” in the January 2017 issue of Writer’s Digest magazine. (Special thanks to top-dog editor Jessica Strawser for her work on this piece and so many others I’ve written.)

A pivot point is an essential fulcrum upon which a story or a large swath of story turns. Archimedes, standing there next to the Earth with his lever, would understand! More significant than an ordinary plot point (which might merely serve to impart information or develop character), a pivot point effectively changes the direction of a character or action sequence. Huge when used as a foundation for a story, a pivot point can also be a small powerhouse for plot movement.

If your outline or story hangs together but lacks zing or seems to be missing something, take a look and see if there’s an opportunity to create a pivot point, or three. Some may be more or less dropped in via a new character or subplot; others would require more planning to effectively incorporate. Let these ideas get you going. (Warning: plot spoilers ahead, in the name of learning by example. This is the life we’ve chosen …) 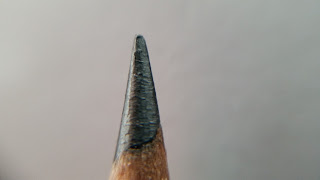 The Wonderful Wizard of Oz by L. Frank Baum features any number of important turning points, the most central (and literal) of which is the tornado, which causes Dorothy’s transit to Munchkin Country. While the tornado is definitely the inciting incident, the most significant pivot point in the early going is the fact that Dorothy’s house crushes to death the Wicked Witch of the East. Which earns Dorothy the malignant enmity of the Wicked Witch of the West. Which instantly creates life-and-death urgency during every minute of Dorothy’s journey.

You too can create an accident that brings an innocent character into the crosshairs of an unforgiving antagonist, be it a car wreck or a spilled drink or a bump in an elevator.

Some plot points can pivot more than one way; an example might be the introduction of Boo Radley in Harper Lee’s To Kill a Mockingbird. The children’s obsession with him leads them to approach his creepy house; Boo’s secret gifts to the kids serve to reveal his true nature; and of course without Boo, Scout would not have lived to tell her tale. In this case the pivot point is the ultimate force for good.

Of course, Boo was a man, not a ghost. But you can take that idea and make it your own. The point is, a force that quietly crops up here and there can suffuse your plot with real tension and mystery.

3. Give somebody charge over something.

The classic fairy tale of Jack and the Beanstalk pivots beautifully on this. Jack’s mother, instead of taking their cow to market herself, entrusts young Jack to do the job. Before he even reaches town, he gets suckered into giving the cow to an old man who offers him a few supposedly magic beans for it. He catches hell, but all ends well.

The injunction, “Don’t screw it up!” is an automatic pivot point, because it applies relentless pressure to whoever’s entrusted with the task.

In Theodore Dreiser’s An American Tragedy, a key pivot point comes fairly late in the story, but it’s correctly placed for maximum impact. It’s not when the ambitious Clyde Griffiths gets the homely Roberta Alden pregnant, and not even when he begins to think of how much easier life would be without her. It’s when he swims away from her in the cold lake after their boat capsizes. He has made a crux decision that both solves his immediate problem and damns him forever.

In your work, think how you could give a more or less moral character a dire, fast decision to make—and have that character pick the dark path. Hugely compelling.

Check out the magazine for rest of the 21 pivots, and stay tuned to Zestful Writing for more fun!