Looking forward to doing a reading, then chatting and doing Q&A with students at Simpson College near Des Moines, Iowa next Tuesday evening. If you’re local, drop in! Thanks to Professor Nan St. Clair for setting it up.

One of my early jobs was in the HR department of a large bank in Detroit. It was so long ago that I wrote and starred in a video to educate our customers on how to use them there brand-fangled ATM machines. Customers were issued ATM cards and everybody created their PIN. It was quite a thing, having this important four-digit passcode to remember! Don't ask me about my curly perm. 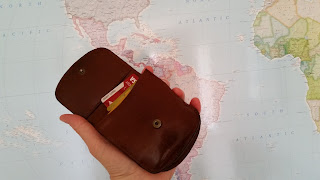 The bank’s president brought his nephew over from England one summer to work in various departments of the bank; he hung around HR for a week or so. The young man thought ATMs were the coolest. He showed us his ATM card, upon which he’d written his PIN.

“You’re not supposed to do that!” we told him, aghast. “That defeats the whole purpose!”

When Lady Diana was getting to know Prince Charles, she was stunned to learn that he had no idea how to make a cup of tea.

U.S. troops working with the South Vietnamese Army (ARVN) taught them how to shoot down Vietcong helicopters. You have to lead them, they explained, meaning train your rifle sights just ahead of the copters’ noses, then shoot. ARVN troops shot down numerous Cong choppers. But when they had a chance to ambush and shoot Cong choppers on the ground, they also carefully aimed ahead of the copter’s noses, then pulled their triggers.


[Note of correction here, dateline 3.25.16: My military expert advises that this scenario is unlikely to have happened, due to the very few North Vietnamese aircraft used in the war. More likely, he suggests, I remembered reading about the reverse situation, where NVA soldiers were trained to take down American aircraft by the same method, and making the same mistake on stationary aircraft. Thank you, SD!]

The common thread here is cluelessness. And the reason for cluelessness is lack of information, and sometimes a lack of skill in objective analysis. You can have a lot of fun with clueless characters. I mean, who for God’s sake would believe the president of the bank would write his PIN on his ATM card? Yet it was so. Therefore in your writing, you need to sprinkle cluelessness sparingly. One way to do it is bracket something a character is clueless about with things they’re savvy about. The bank president, for instance, sure as heck knew what to make of balance sheets, and how to delegate. Vietnamese troops knew a lot about jungle survival, and could fight like tigers hand to hand.

Obliviousness is a little different. My brother remembers being dropped off for his weekend job in a grocery store by our dad after a rainstorm. As he brought the car to a stop, Daddy splashed through a huge mud puddle, drenching a guy who was walking by. “And I had to get out,” said my brother grimly. “Daddy was oblivious.”

People in the throes of infatuation are often oblivious to any flaws in their beloved. This has fueled countless dramas and rom-coms, both in print and on the screen. But obliviousness has to be believable, and never used to hotfoot it over a plot hole. The crime-scene techs simply missed the bloody fingerprints on the refrigerator door? They just, like, forgot to look at them? No. But each guy could have thought the other guy was going to process those marks. By the time they realized their mistake weeks later, the crime scene had been released and cleaned. A self-centered person could be oblivious to the pain of a loved one. Show us the self-centeredness, then show us the obliviousness.

Even if you don’t know what you need until you need it, you can go back and create traits and circumstances that will bring everything to convincing life. Readers want to stick with you.

What do you think? To post, click below where it says, 'No Comments,' or '2 Comments,' or whatever.
If you'd like to receive this blog automatically as an email, look to the right, above my bio, and subscribe there. Thanks for looking in.
Posted by Elizabeth Sims at 2:04 PM