Aspiring fiction writers often are told by literary gurus to ‘make use of’ fables, myths, and folklore. Why? Because, of course, the power of those stories has stood the test of time. But as with so many other admonitions in writing instruction books, we’re left to our own devices as to how, exactly, the hell to do it.

In this case, I think a couple of examples—demonstrations, really—will be more helpful than some kind of theory with multiple steps and check marks. In You’ve Got a Book in You, I demo the ‘hero’s adventure’ plot template, but there are many other useful myths and fables out there. Just for the heck of it, here are some ways to harness their dynamism. 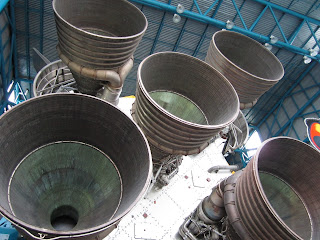 Do you remember the Dog in the Manger? Aesop told of the dog who lay in the manger filled with hay he couldn’t eat, and snapped at the cattle who tried to eat it, keeping them from their food. The moral is pretty simple: Some folks are spiteful and there’s nothing you can do about it.

This one gets acted out in real life all the time. A modern-day vandal, filled with envy at, say, someone else’s beautiful sports car, takes a crowbar to it for the same sick satisfaction. I can’t have this, so to make myself feel better, I’ll ruin it for you. There’s a short-story beginning right there, or a subplot in a longer work.

In a more serious version, some guy, spurned by a woman, murders her so no one else can have her. Elvis and John Lennon sang hits based on it: “I’d rather see you dead, little girl, than to be with another man.” (From the song “Baby, Let’s Play House” by Arthur Gunter, 1954. Elvis covered it, and Lennon used the line in “Run For Your Life.”) Think it through. This is supposed to be love? It’s not love for another, it’s narcissism. The myth of Narcissus can take over at this point. That myth, however, is pretty short. Narcissus fell in love with his own reflection in a pool, and couldn’t tear himself away from it even to eat or sleep. There he died, watching himself grow, one presumes, increasingly gaunt. But back to the Dog in the Manger. The key motivating force for an author here is: What kind of person does these things? Is change possible? Revenge certainly is. But then things can escalate. You can see where this can go, all the way up to world war.

Here’s a romance: Beauty and the Beast. How to transfer this one? A cocktail waitress falls for some shallow rich guy, while all along the busboy quietly loves her and stands up for her against jackass customers and the lecherous boss, etc. She takes him for granted, because he’s clumsy and unpolished. The turning point comes when the chips are down—she and the shallow rich guy (who’s cheating on his wife, naturally) get in a car wreck. He walks away from it, while she’s in surgery for 15 hours and barely survives. He tells the police and his wife she was a hitchhiker, he’d never seen her before, that’s it. And the waitress never sees him again.

It’s the humble busboy who visits her as she’s getting well, and tries to look after her. Her eyes pop open at some point, she perceives his true worth and potential, and she falls in love with him. They get married, happy ending. For an extra-happy ending, it turns out they’re both secret inventors with little projects they’ve been working on. They put their two ideas together and voila, they have an important new thing, and overnight they become billionaires. Yay. Satisfaction.

You could do this one with children on a playground. With amoebae in a dish. With prisoners in a camp. With Winston Churchill and Marlene Dietrich. Look at a myth. Look at real life. Then look at your characters, or make up some new ones. Write it. Off the top of your head. This stuff seems simple, but it’s powerful.


If you'd like to receive this blog automatically as an email, look to the right, above my bio, and subscribe there. Thanks for looking in.
Posted by Elizabeth Sims at 8:10 AM