[I constructed the following story from usages and spellings I found while browsing on Reddit. If you’re not familiar with Reddit, it is the current most interesting social media platform, and happens to be populated largely by guys in their teens and 20s.]

I was watching the playoffs when an ad came on for some new car. The main person in the ad was a famous movie star who has turned into nothing but a corporate shrill. You know who I’m talking about: stalky build, wearing a sole patch, which are so last week, right? His last picture was a real dousey, take my word for it. I do recall when it came out, I made a B-line for the theater because I use to think he was cool. Before I got there, though, I stopped at an ATM machine to get money to buy a ticket, but I forgot my PIN number. After racking my brain for like 10 minutes, I remembered it. Later, I wrote my PIN number on my ATM card as a preventative measure against forgetting it again.

Let me just tell you about that movie, which starts with a grizzly crime where some guy stabs a college sorodity girl because she wouldn’t go out with him. It all seemed realistic, so I figured the movie wouldn’t be to bad. It seems the killer’s mom tried to reign him in, but she was a baffoon, and just couldn’t control him. She must have weighed 100 pounds soak and wet. Plus she didn’t understand her son very well and what he was up against in this fast pace, doggy-dog world we live in. The murderer keeps leaching off his mom, borrowing money to buy drugs, even while the cops are figuring out who did it. There’s another friend who tries to ween him off the drugs with no success. 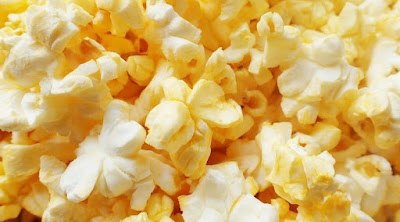 The hero cop starts to hone in on where this guy lives, which is a coldasack at the end of a long street of nice houses. They intercept a message that the murderer sends to the government, trying to black male them into paying money to stop a bomb or something. This doosh thinks he’s going to pick up a fortune from the government to keep him from blowing up a kindergarden. Then there was something about too much partizenship in the government, but I somewhat lost track. I almost walked out of the show at this point, but I wanted to be polight to the ticket-taker whose this really pretty girl who was in my art class and who told me she highly reckon mended it. I use to be scared of talking to her, but now that I’m more mature, it was EZ-PZ. By the way, have I ever mentioned I’m a conasuer of movie-theater popcorn? Even though I’m lack toast and tolerant, I can eat movie popcorn because there’s not real butter on it, but it tastes like it. Another words, sometimes fake can be good.

OK, so somehow the cop figures out that the killer and his squad car partner are one in the same. A bunch of other stuff happens in a world wind of action, with the proverbeal apoclyeptic shoot out. Plus the killer cops’ mom commits sewer-side because she’s so sad and blames herself. That’s as much as I can remember.

I told the pretty ticket-taker Noah fence, but I don’t agree with your feelings about the movie. She was cool about it. Maybe we should get married. I’m a pretty funny guy. Wouldn’t it be hirlaous if I asked her and she said yes?

Did you like this story? To post a comment, click below where it says, ‘No Comments,’ or ‘2 Comments,’ or whatever. If you’re having trouble leaving comments on this or other blogs, it’s probably because third-party cookies have been turned off in your browser. Go into your browser settings and see if that’s the case. Then turn them on again in order to leave comments.
If you’d like to receive this blog automatically as an email, look to the right, above my bio, and subscribe there. Thanks for looking in.
Posted by Elizabeth Sims at 10:09 AM

Email ThisBlogThis!Share to TwitterShare to FacebookShare to Pinterest
Labels: Bald Patches, make you wanna tear your hair, Reddit, the story of an amazing movie and possible budding love affair