The worst writing advice I’ve ever heard is ‘kill your babies.’ Many, many fine writers have spewed this advice, including such vastly different story fabricators as William Faulkner and Stephen King. I just hunted up the original reference (thank you, Google), and here it is, from the British novelist and critic Sir Arthur Quiller-Couch, writing in 1914:

‘Whenever you feel an impulse to perpetrate a piece of exceptionally fine writing, obey it—whole-heartedly—and delete it before sending your manuscript to press. Murder your darlings.’

He was being facetious, implying that if you think very highly of something you’ve written, it’s most likely pretentious dreck. Actually, this is often true for very young writers, or very new ones. 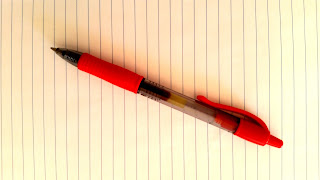 The true point of ‘murder your darlings’ is simply this: You must have the strength to cut material which is irrelevant or unnecessary to the piece at hand, in spite of how much pride you feel in it. This is common sense. Yet many writers get nervous about it, thinking maybe they’re supposed to destroy whatever they think is good. Which is insane.

The quotation keeps getting delivered with tremendous pompousness by authors and critics alike, as if it's some kind of golden key to excellence. I’ve also seen critics use it to mean whatever they want it to mean. I’m always like: Just say something doesn’t work, then justify it by whatever literary standards you want.

Furthermore, I say, love your babies, love your work, do your best to write with passion and concision, and forget stupid crap like that.


If you'd like to receive this blog automatically as an email, look to the right, above my bio, and subscribe there. Thanks for looking in.
Posted by Elizabeth Sims at 11:13 AM