This Should Make You Feel Better

The other day I was listening to a published author complain about various aspects of our business, like we’re supposed to do social media, blog, write a book every two months, not mind that some jackass who writes cruddy books is really famous and rich, etc. And yeah, one is entitled to complain about anything and everything. But it got me to thinking about my contacts in show business, and how they have it worse than any author who ever lived.

I’m talking about actors and actresses who are not household names, who haven’t played romantic leads, who haven’t won Oscars, but who go out on auditions every day and pretty much take any role they’re offered, be it a character modeling job for an ad photo shoot or a part in a commercial, TV show, or feature film. The journeymen and -women out there who put together a living, sometimes a good living, but sometimes they’re on unemployment.

A favorite story is when I asked an actress friend of mine about the proverbial ‘casting couch’. 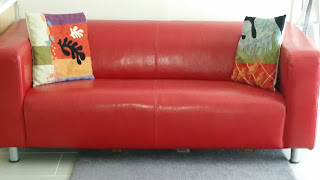 I’d noticed, when spooking around casting studios doing research for The Actress, that each and every separate studio had a black leather couch on chrome legs, upon which would sit the producer, director, casting director, assistant, and whoever else, in various combinations, to watch the auditions. It was so remarkably consistent: almost identical black leather couches, in casting studios all across Los Angeles.

Which prompted me to ask about the you know, casting couch. My (gorgeous) friend said, “Here’s how it works today. You go to an audition, and the director and everybody are there. You do the audition and they tell you, very nice, thank you very much. Afterward, your agent doesn’t get a call; you do. You get a call on your personal cell phone, and it’s the director, and he says, ‘You did a wonderful job yesterday in the audition! By the way, I’m going up to San Francisco this weekend. Would you like to come?’”

I asked if she ever said yes.

Incompetence comes up as well. An actor acquaintance related how he was the principal actor in a TV commercial that was shot over two days. He had been asked to bring his own wardrobe of khaki pants and polo shirt, which he did. After the first day’s shoot, he asked if he needed to bring the same pants tomorrow. The director told him no, just bring the shirt, because the next shots would all be from the waist up.

But when he arrived at the next day’s shoot wearing black pants, they were like, no, man, you’ve got to have the same pants as yesterday! The director had been wrong; they needed to retake some full-length shots. Go home and get em! The film studio was in Santa Monica. This poor bastard lived in Pasadena, 25 miles away. If you have even a passing knowledge of Los Angeles, its traffic patterns and population, you know he was in for probably at least two hours of driving, sitting in traffic, dealing with alternate routes around whichever crashes du jour, etc. He was like, can’t wardrobe come up with something here? And they were like no, you miserable nitwit. Go!

Another time I arrived to have lunch with an actor friend at his house, to find him on the phone, feverishly trying to come up with a jester costume he could borrow from somebody. Because yeah, you’re supposed to costume yourself for auditions (and sometimes even roles, as above), and he wanted this jester role in a commercial, auditions tomorrow. Nobody had an outfit he could borrow. Did he want to rent one for $200? No, man. I believe in the end he bought a jester hat, nailed the audition, and got the part.

It’s a jungle out there.

I’ve never heard of an author being offered a publishing contract in exchange for, well, going along on that weekend to San Francisco, though I suppose it’s not beyond imagination. But really, when we think we have it tough, let’s just remember our friends in Hollywood. May they get residuals for life. And always bring the khaki pants, just in case.

Now for some publishing news from pals around:

Tate Volino, a new local friend, just sent me a copy of his book The Front Nine, a collection of short stories on the golf world. From a first look, I can see the authenticity—behind the scenes at a private club, for instance.

Peter Frickel, another local buddy (with a fabulous South African voice), has been busy publishing on Amazon, most recently Lilies of the Vlei and River, both set in his native continent of Africa.

From Christina Gross, one of my friends from Port Angeles, here’s Rescue the Innocent, a geopolitical thriller with an intriguing plot.


If you'd like to receive this blog automatically as an email, look to the right, above my bio, and subscribe there. Thanks for looking in.
Posted by Elizabeth Sims at 2:15 PM