Stuff That Bugs Me, Vol. II

When I was little and just developing my powers of reason, I’d try to argue with my mother over some abominable requirement, like bedtime at seven-thirty. As all children do, I pointed out that she didn’t have to follow the rule.

“An exception proves the rule,” she’d say smugly, and that was the end of it.

I’d stand there uneasy and baffled, not yet able to express that what she said didn’t make sense. I figured it was some adult, mystical wisdom I’d eventually get the combo to someday.

But here I am, knowing better, yet I keep hearing people use that phrase to excuse or justify whatever contradiction they prefer. God damn it. 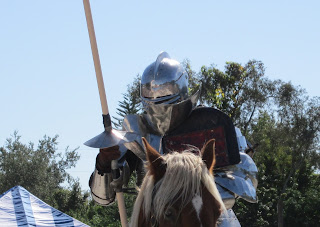 [This is me, busily tilting at sloppy usage.]

The real roots of the phrase are ancient. In Roman law, the phrase meant that an exception demonstrates that a rule exists. It did not mean that an exception confirms the rule. But also, one of the several meanings of the word ‘prove’ means to test, or more crudely, find fault with. When you read for proof, you are looking for mistakes.

So, logically, an exception invalidates the rule. Therefore, children should be permitted to stay up until “Lost in Space” is over.

If I hear or read one more news item like, “The report said the cause of the fire was arson, which begs the question: Who would benefit from the loss?,” I’ll run screaming into the desert. Then I’ll shoot myself in the head while throwing myself off a cliff. That should bring me peace, at last.

‘Begs the question’ is the term for a type of fallacy that can also be called circular reasoning. It takes for granted that which is being argued for. Example: I know this document is true because the document says it’s true.

It is nonsensical to use the term ‘begs the question’ when one means ‘prompts the question.’ In fairness, I have in recent months noticed some journalists getting it right. It’s such a great day when I don’t have to drop what I’m doing and sprint into the desert, carrying my .357 magnum and looking for a cliff.