Beating the Challenge of Inflection

I have dialogue on the brain, having been working on, finishing, and sending in my latest article for Writer's Digest magazine, on how to write sparkling dialogue. Last week in this blog I wrote about the difference between writing words for the stage and words for the page. Today I present another angle.

When I was in my 20s I did a few voice-overs for radio commercials in Detroit. One such job consisted of one line, and that line consisted of two words: "Jones Transmission?"

The client was present during the recording session. On cue I spoke, "Jones Transmission?" into the microphone, striving for an upbeat tone of encouragement for the male actor who would then tell me more about the best place to take my ailing auto.

"No, no," said the client, Mr. Jones, over the studio speaker. "Say it like this: 'Jones Transmission?' "

"That's what I thought I said."

"Try it again," cut in the director.

"No!" broke in the client again, wringing his hands. " 'Jones Transmission?' "

The director and I thought I was mimicking the client's tone and cadence exactly, but the client's ears were not so tuned. We went back and forth like that for a while, until I almost told the director to just shoot me in the head. Or the ear. 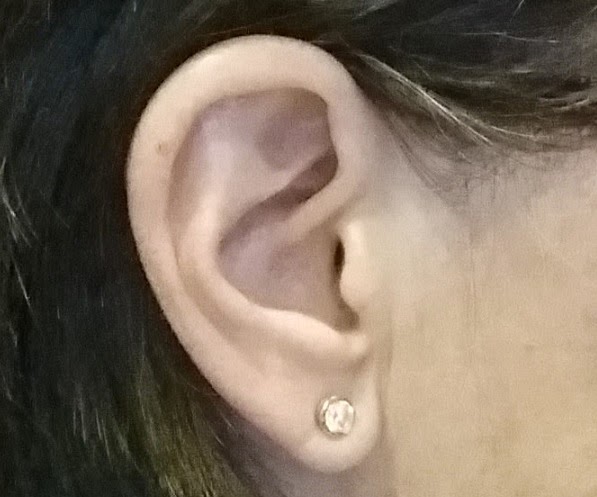 I think you get the point that vocal inflection is infinitely variable, and on top of that we evaluate the sounds we hear quite subjectively. If a simple inflection can be heard so powerfully differently by different people in the same room, no wonder music fans thought they heard anything from "Paul is dead" to "Dressing on the side" when they played "Revolution No. 9" backward.

Also I hope I showed here the essential impossibility of representing inflection precisely on the page.

So what's a writer to do? Simple awareness works wonders. Above, I wrote, 'striving for an upbeat tone of encouragement,' to characterize my voice, knowing that the explication was necessary if I was to make my point. Sure, it took more words, but sometimes the words you add to dialogue are what bring the dialogue to life. But sparingly, sparingly. Notice how you didn't need any more information as to how the phrase was being said, as Mr. Jones and I went back and forth. It works and it's funny and it's spare.

BTW, I heard the ad on the radio about a month later, with a different actress's voice asking, "Jones Transmission?" It sounded just like I had said it, but all I could do was hope the client was happy at last.

[slightly blurry ear selfie by ES]
Posted by Elizabeth Sims at 11:33 AM