One reason I love modern times is how fast a new word or usage can get around—provided it’s a word or usage I like. Mostly I love invention. One of my favorite terms, born, it appears, around the turn of this century, is ‘facepalm.’ I get so much satisfaction and amusement when I see it; it’s just so blunt, economical, and natural. But sadly, I find myself needing to facepalm too often. I facepalm mainly when confronted by sloppy spelling and usage. It’s everywhere. In the past week alone, I’ve facepalmed at least twice.

The first was while reading a bestselling memoir, in which the author describes a favorite dress when she was a little girl. It had pretty ‘shearing’ on the front. WTF? This got past the author, her editor, and the copy editor? Three professional word people, at least two of whom probably had MFAs? Nobody knew WTF ‘shirring’ is? And nobody thought to go, “Huh, I’ve never heard of shearing being on a dress. How can shearing, which is a verb, be a feature on an item of clothing? Maybe I should look it up. And if I can’t find some kind of reference, maybe I should simply pick up the phone and call a tailor, or my Uncle Spiff, who loves to sew.” It isn’t even pronounced like shearing, it’s pronounced ‘shurring.’ (Shirring is a gathering of fabric to make tiny humpy rows. You’ve seen it on little girls’ dresses and Uncle Spiff's aprons.)

Another facepalm occurred while reading the magazine Popular Mechanics. An article about a new ‘smart’ bazooka referred to the weapon’s ‘breach.’ WTF, nobody caught that either? Breach means a gap, basically. ‘Breech’ is the word for the rear end of the bore of a gun. (BC, thanks again for the gift of that mag.) 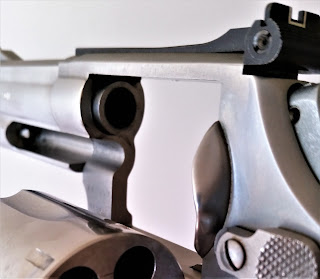 What is the core issue here? A lack of general knowledge, I think. Am I wrong? Spell-check will not catch misuses like these. I would not be upset reading these errors in a middle school student’s paper. But professionals are supposed to know better. What is the solution? That people should read more and pay attention more? Help me. How can this situation be improved? Philanthropists like to donate money and assistance to the arts, and they like to donate money and assistance to the eradication of human scourges like disease and hunger. Can all the money in the world fix shearing instead of shirring? I know that even the repeated abuse of shearing instead of shirring will not result in a child going hungry, or malaria claiming another million victims. So it cannot be very important. Yet I facepalm. And I facepalm.

OK, but! I just had a pretend conversation with the copy editor of the shearing book, and do you know what he said? He said, “Oh, my God, it was horrible. You have no idea how many mistakes I caught and corrected! That one slipped through. Sorry.” I feel better now. A little bit.


If you'd like to receive this blog automatically as an email, look to the right, above my bio, and subscribe there. Thanks for looking in.
Posted by Elizabeth Sims at 12:09 PM

Email ThisBlogThis!Share to TwitterShare to FacebookShare to Pinterest
Labels: all the money in the world, breach vs breech, Facepalming for Precision, new words, shearing vs shirring