Am happy to report that Lesbians on the Loose: Crime Writers on the Lam, published by Launch Point Press and edited by my good buddies Lori L. Lake and Jessie Chandler, won a Goldie award at the recent GCLS conference. My story, “Untold Riches,” leads off the collection, which comprises 15 stories by lezfic luminaries including living legend and all-around cool person Katherine V. Forrest.

Speaking of Jessie Chandler, her new book, Blood Money Murder, is launching tonight (July 21, 2016) at the fabulous Once Upon a Crime bookshop in Minneapolis. Congratulations, Jessie!

Remember that excerpt on internal dialogue I posted a couple weeks ago? From my chapter in the latest Writer’s Digest book, Crafting Dynamic Dialogue? Was totally floored and honored to have that very, as in MY, chapter be excerpted by Jane Friedman in her prestigious blog. If you check out that link, you’ll read more of the chapter than I excerpted here. For the full deal, get the book. And for a well curated collection of terrific advice on writing and publishing, sign up for Jane’s blog. Thanks again, Jane!

(Side note: If Jane excerpts you in her blog, she sends you a heads-up the night before so in the morning you know why your Twitter account is suddenly lighting up, and so you can check in and respond to comments.)

Here’s an interview of me talking about working for Writer’s Digest and other aspects of my writing life. Thanks to the Florida author and media guru Dona Lee Gould for interviewing me for her radio show Culture Coast on RadioEar Network. She did a wonderful edit job on the piece, as I tended to jump somewhat untidily from topic to topic. Thank you, Dona Lee!

Lastly, I’ve agreed to present “How to Write a Dynamite Mystery or Thriller that SELLS” on Saturday, October 8 in Venice, Fla. The event is a one-day intensive mini-con for writers called Sleuthfest on Saturday, put on by the Florida chapter of Mystery Writers of America. I’m honored to be in the company of such name brands as Elaine Viets, Neil Plakcy,  and Lisa Black. Special thanks to Randy Rawls (who will also be a presenter) for putting this act together! Local friends, I'd love to see you there. 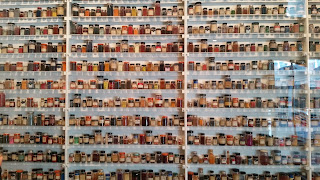 OK, so now here’s my post for today. It’s from (well, I guess here’s another goddam announcement) the September issue of Writer’s Digest magazine, on newsstands now. I wrote an article for them called, “It’s the Little Things,” and here’s what I had to say about making even minor characters memorable:

[Excerpt begins:] It’s easy to hotfoot it over a minor character, whether in fiction or nonfiction. But if the person is important enough to exist in the world of your story, let your readers picture that existence.

How would you describe the guy who bagged your groceries yesterday? Did you see him? What about the friend of a friend you met the other night? Or the baby held by the distant cousin who showed up at that family funeral?

Being observant in your own life helps when you need to come up with a detail to characterize someone. For a minor character, select just about anything, as long as you use something.

The knock-kneed cheerleader pointed and screamed.

The boss’s wife smelled like Jack Daniel’s and drove a red Ferrari.

Timmy’s chin quivered, but he gripped his bear tightly and kept quiet.

Even a character who appears only in passing should exist in the reader’s eye. For a super minor character, pick out just one detail. For a literally glancing description, make it visual.

The tram operator’s filthy hands worked the levers, and we were off.

The buxom croupier sticked the dice over.

Describing groups of people can be challenging, but you cannot get away with such say-nothing generalities as:

The people at the party had on a multitude of different outfits.

Instead, give one or two overall details, then zoom in on one person as a representative.

Guests in classic Hyannisport gear—sweaters thrown over shoulders, loafers without socks—crowded into the refreshment tent. “Where’s the champers?” demanded a sunburned young woman in a tight white tennis dress. [end of excerpt]

Thanks for the great edit job on that article to top WD boss, Jessica Strawser. For more, get Writer's Digest.

What do you think? To post, click below where it says, 'No Comments,' or '2 Comments,' or whatever.
If you'd like to receive this blog automatically as an email, look to the right, above my bio, and subscribe there. Thanks for looking in.
Posted by Elizabeth Sims at 1:45 PM