Before I get into today's real blog, I want to let you know about a live online appearance: Next Wednesday, Feb. 11 at 8 p.m. (EST) I’ll be doing a Google Hangout with Andy and Rev on their Cocktail Hour. If you add them to your Google+ circle you can watch and listen live. (Handy link here: https://plus.google.com/+CocktailhourUs1/posts)

How it works is the url is available as soon as the thing goes live, so if Cocktail Hour is already in your circle, you can just go there at 8 next Wednesday evening and take it in. I'm sure I'll be brilliant. And aided, no doubt, by a Tanqueray martini, very dry, up, olives.

Now for the next installment in EPH (Elizabeth’s Publishing History):

Last week I wrote about the vagaries of the marketplace and cover design re: my debut mainstream novel, The Actress. I failed to mention that, just before the hardcover came out, I was informed by the Macmillan/St. Martin’s Minotaur marketing team that henceforth, Twitter would be the way we would all build community and do reader outreach. I found this dismaying, as I had detested Twitter as soon as it started to emerge, and had vowed never to establish a Twitter account. The insubstantialness of it, the quick shallowness of it, repelled me to the core. I had had my own web site for years, and had acquiesced to Facebook. (And I stuck with FB, even though they totally betrayed me; I had signed up early and written entertaining entries in the ‘background’ section of my profile, only to have FB delete all that when they changed their business model. Bastards. Bastards.)

But I dutifully established a Twitter account and made an effort to promote myself and my work without seeming to promote myself and my work. What a ton of fun. To this day social media is still a struggle for me, mostly because I’m like, Who in God’s name wants to hear my opinion on anything? The world is already full of blowhards. I’m supposed to be another one, only more entertaining?

However, I’m currently feeling a bit more dispassionate about it, like, OK, it’s business, try to find a sincere way to do this. I’m working on it and will write more about this subject in the near future.

Before returning to my narrative, I might add that when it came to promo for The Actress, I did all the normal stuff: announced the book on my web site, sent out newschats to my email list, printed up bookmarks to give out wherever I went, set up a signing at the Mystery Writers of America booth at Book Expo (and was invited to MWA’s late-night cocktail party at The Edison in Los Angeles, a great place to feel cool), went to and spoke and taught at other conferences and workshops, etc. But the Great Recession was a tough opponent.

Since this was business and not a death in the family, I didn’t get emotional. But I knew exactly what had just happened. “So that’s it, then,” I said. “I mean, that’s the end of my career with Minotaur.” As a former bookseller, I knew how important it was for an author to be in paperback. The hardcover is your calling card, but the vast majority of your sales come from your paperbacks. Remember, at that time e-books were an unknown quantity in New York publishing.

Cameron said my editor told her that she’d fought and fought for the paperback at whatever meeting, but ultimately there weren’t enough advance orders from booksellers to justify an initial print run.

After I’d digested that news for a few days, I phoned my editor. I asked if there was any chance they’d reverse their decision if sales of the soon-to-be-released second in the series, The Extra, were above expected.

“Well, no,” she said. “There’s just not going to be a paperback of The Actress. We might run one next year for The Extra if the hardcover does well.” 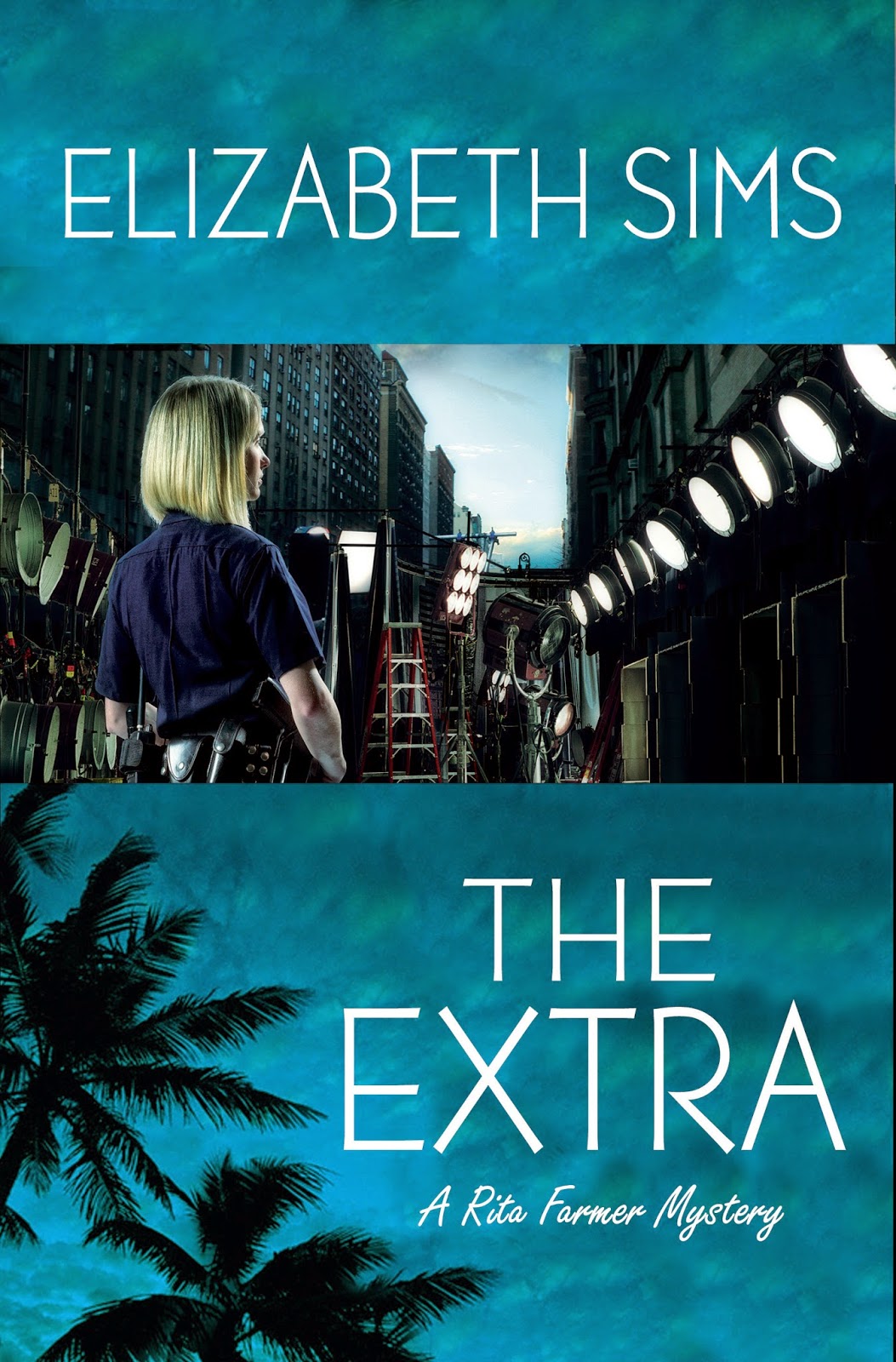 [Here again we have a blonde facing away from us, but this one's definitely better than the original cover for The Actress.]

“OK,” I said. The gauntlet had been thrown down. I asked if Minotaur would help me set up a book tour for The Extra. I knew they wouldn’t pay my expenses, but I wanted their publicists to get my foot in the door at bookstores, and hopefully provide some co-op marketing and signage. The answer was yes.