Not long ago I watched a Saturday Night Live skit from 2008 where Kristen Wiig plays the recurring character of Sue, a woman who can't control her excitement when knowing a secret. (This particular skit was the one in the Japanese steakhouse where guest star Josh Brolin tells his friends that he's about to propose to his girlfriend, who then shows up.)

Kristen just took over, doing huge, over-the-top physical and vocal acting, and she completely carried the skit from zero to a hundred. And I realized that the success of that skit wasn't due to the material; it was due to Wiig's total commitment. Nothing held back, everything tried, every stop pulled out. Body, mind, and heart. It reminded me of the great Gilda Radner's SNL performance in "The Judy Miller Show." 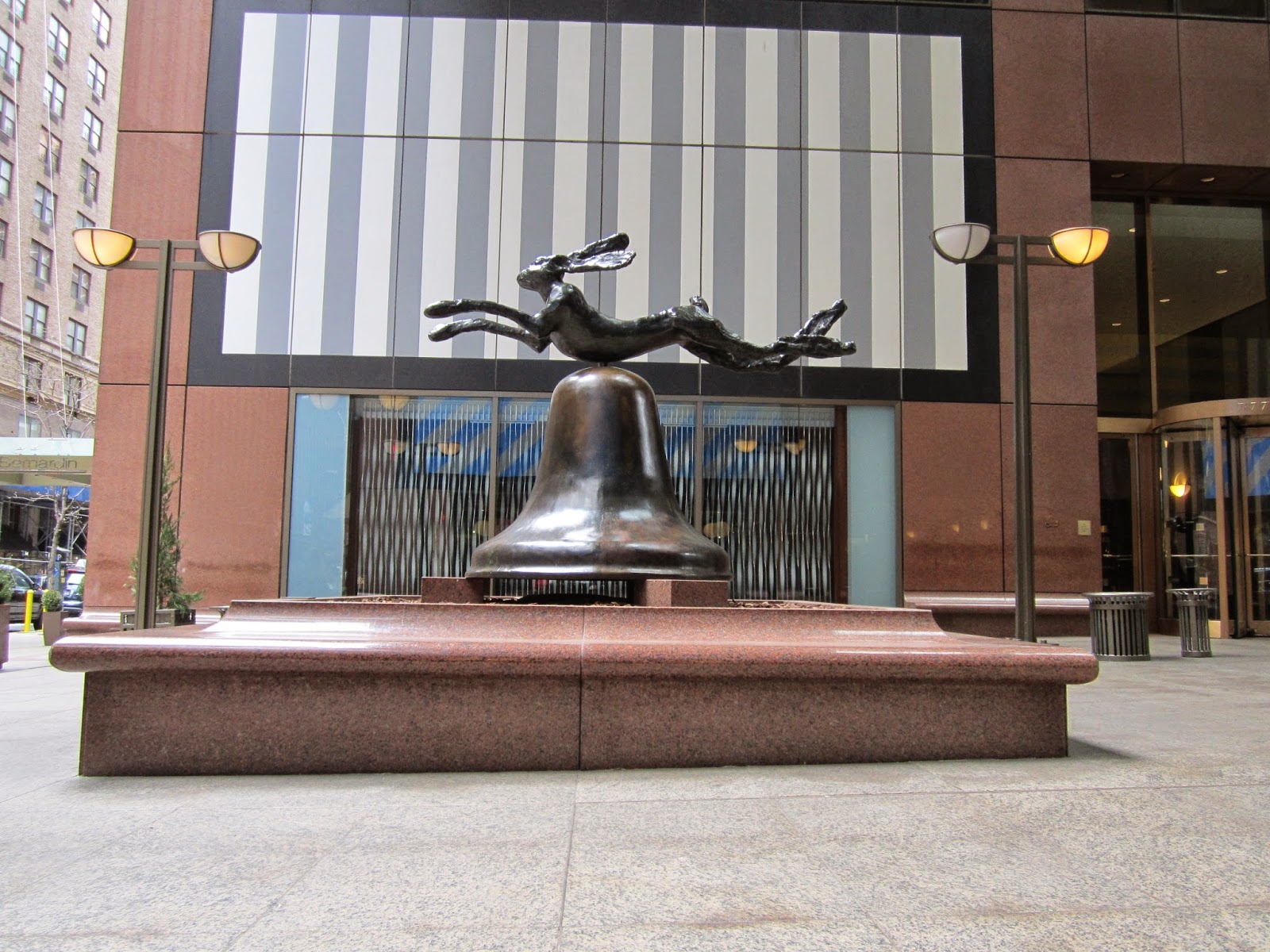 [Sculpture by Barry Flanagan, who subverted the sober form of figurative bronze by committing to whimsy. In New York City, photo by ES.]

Something else I saw recently comes to mind: an early music video from the 1960s of the Animals doing "House of the Rising Sun." They were a Brit band led by singer Eric Burdon. The intensity of his performance, his aspect as he sang, was jaw-dropping, way more impressive than if you simply listened to the song. Intense, masterful. He was so young, but came across as so much older and experienced. And he sold that song like nobody's business. (The Animals' unusual, pulsing arrangement also helped.) Total commitment made that song a hit for years, and I'd say it still haunts many of our memories.

Simply by committing. Full-heartedly. Not stopping to evaluate and wonder, "Is this working?" Because if you're committed, you're confident. It's automatic. That's it. And that's magic.


If you'd like to receive this blog automatically as an email, look to the right, above my bio, and subscribe there. Thanks for looking in.
Posted by Elizabeth Sims at 12:39 PM