A few weeks ago Marcia and I went to the local medieval fair and enjoyed ourselves thoroughly. We stopped to watch one of the games, where you slam a steel pad with a sledgehammer to make a heavy slug ride up a vertical rail. The harder you hit it, the higher the slug flies, the chief goal being to make the slug strike the bell at the top, producing a ringing sound that attracts the attention of all nearby, who gaze admiringly at absolute strength personified. You buy five tries for a dollar or a shilling or a peck of meal or whatever. A young teenager was trying. He really wanted to hit that bell, but kept falling short. The bearded, leather-jerkin-wearing man running the game advised him, “Squat as you bring the hammer down.” He did so. Magic. Ding!

It was just like splitting firewood when we lived in the forest. After experimenting with various methods, I found that iron wedges and a small sledge worked best and safest for me. (Just a hatchet for splitting kindling.) You set the round you want to split on end, on your splitting stump, and you find a crack near the edge and tap in your wedge. And if you do it enough, you learn that setting your legs apart, then swinging the sledge over your head and straight behind your back, then bringing it down on the wedge with a fluid squatting move, results in the most force. Crack! 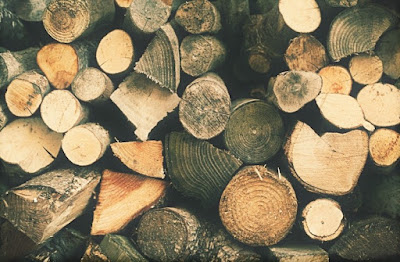 We moved along and watched the axe-throwing game. Some axes bounced off the plank targets downrange, and some stuck with a satisfying thunk. I asked a young woman who had just stuck two axes in a row what the trick was. “Step into the throw,” she said, then turned away, rared back, and stepped into another throw. Thunk.

For the games and wood-splitting, the secret of success was to fully commit. Put your whole self into it. Leave the familiar world behind.

We remember learning to ride a two-wheeler, where you had to relinquish a certain amount of control in order to get the thing going. It was hard to make the commitment to take both feet off the ground and pump those pedals, but the concrete sidewalk was a good motivator, wasn’t it? Being tentative was lethal. Once you were under way, you gained a different kind of control, and you were zooming along in a completely new environment, separated from ordinary gravity by the unfamiliar miracle of gyroscopic force. And every time you got on your bike from then on, you learned to minimize the length of time you were liable to fall over. You learned to get those pedals going smartly, just as soon as you push off. You learned to commit, and put your whole self into it.

Aren’t so many more things like that: Ziplining. Striking a match. Getting on the school bus. Releasing an arrow. Saying, “I do.” Writing a story.

What do you think? To post, click below where it says, ‘No Comments,’ or ‘2 Comments,’ or whatever. If you’re having trouble leaving comments on this or other blogs, it’s probably because third-party cookies have been turned off in your browser. Go into your browser settings and see if that’s the case. Then turn them on again in order to leave comments.
If you’d like to receive this blog automatically as an email, look to the right, above my bio, and subscribe there. Thanks for looking in.
Posted by Elizabeth Sims at 12:23 PM