I was supposed to teach ‘How to Write a Dynamite Mystery or Thriller that SELLS’ at the Mystery Writers of America event this Saturday in Venice, Fla., ‘Sleuthfest on Saturday.’ But that confab has been cancelled because of the incoming Hurricane Matthew. According to the organizer, my buddy Randy Rawls, many presenters and attendees were coming from the Atlantic coast of the state, and they need to take care of the home front. Here on the Gulf coast we’re looking to miss the worst of it; keeping fingers crossed for all of our friends in harm’s way. Marcia, ever practical, objected, “Heck, they already had hotel reservations here where it’s safe!” I’m hoping we can put this event together again; will keep you posted.

OK. I promised to write more about the stuff I learned at the recent Novelists, Inc. conference. Here’s something that’s preyed on my mind, to a head-banging extent: Should authors write the story they want to write, or write the story they think—maybe even know—readers want? 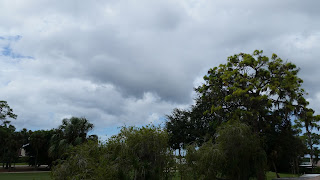 Liz Pelletier, CEO and president of Entangled Publishing, gave a compelling talk on how to test-market book ideas before writing a book, to better ensure commercial success. (This whole thing really has to do with commercial success, an important point to remember.) Until recently—until social media came along, that is—you couldn’t test-market an idea for a novel. Well, you could, but it would have been complicated and probably expensive. Besides, didn’t agents and editors in New York know what’s best?

But now you can put out a single idea, or a paragraph of hypothetical back-cover material, to your friends and followers, and ask for reactions. You can tweak it and see what they think now. If you’re comfortable writing detailed outlines, you can go farther still, and test it again. Liz and her company have done these things, and in a few years they’ve put more than 50 books on the NYT bestsellers list. This is beyond impressive.

In an opposite sort of talk, equally compelling, Julian Pavia, an executive editor at Random House/Crown, told the tale of two debut novels, both of which had been projects of passion: The Martian by Andy Weir and Ready Player One by Ernest Cline. Both guys basically were like, “Screw it—I’m gonna write the thing that’s been burning a hole in my heartbrain.” Both books became blockbuster bestsellers, movie deals, dollars spurting like arterial blood, because readers responded to them and spread the word. Neither guy had written a novel before; Weir was in tech and Cline was a screenwriter. Of course their experience and skills served them well when they did set out to write a novel.

Commercial success means you have a readership. Every author wants their books to find an audience. But the desire to write—that first spark of simply wanting to do it, having to do it—comes from deep down. That’s the key: It all starts with passion. So it follows that a professional author must—must—write the projects of the heart as well as be a journeyman. This requires planning and intentionality. It’s way easier to give in to faster-hotter-more than to insist on slow-cooked quality. I say, if you’re compelled to write fiction, look to your heartbrain first. Mine what’s there first. And then you’ll be better equipped to write for the market. Your insides will be cleaner and clearer. You’ll be happier. It might take longer. That’s what I think.


If you'd like to receive this blog automatically as an email, look to the right, above my bio, and subscribe there. Thanks for looking in.
Posted by Elizabeth Sims at 1:50 PM