The Value of OPO

When I was coming up as a writer I was wary of critique groups, and still am, even though I’m occasionally paid to lead them. (This post is on the heels of doing a day-long one at a conference last week, which makes all this fresh in my mind.)

For the uninitiated, a writing critique group is where everybody submits an agreed-upon amount of writing in advance, and everybody comments on everybody else’s work. Some groups don’t read in advance, but read silently or aloud on the spot.

Such groups, a.k.a. other people’s opinions (OPO), are fraught with peril. Some of your fellow writers may:

- be kind of dumb and thus don’t get your stuff;

- have different tastes from you, and thus don’t get your stuff;

- be needy, argumentative, not nice, ‘and exetera,’ as the kids in my neighborhood used to say.

All that may be. But there is gold for the mining in such groups:

- Any reading-aloud that is done (especially by someone not the author) instantly and pretty much empirically reveals awkward wording;

- Patterns of opinion generally emerge, which if you’re open, can help you make decisions about anything from content to theme to style;

- If one or more accomplished, or particularly astute, writers are present, you can improve how you think about literature: how to evaluate it, perceive strengths and weaknesses, and figure out solutions to problems;

- You’re forced to separate yourself from your work emotionally if not intellectually. Writers who can’t do this are doomed. Some writers find critique groups too upsetting, so they self-select out of them. I’m not saying if you don’t like crit groups you’re doomed; just that well-adjusted writers learn to deal with criticism calmly and rationally. 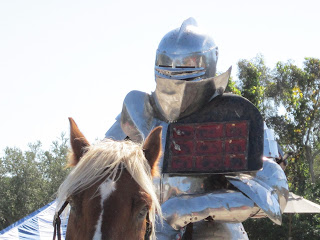 [This writer showed up way overdressed for critique group day.]

Crit groups are not for everyone, and not everyone comes away with the exact same gains or lack of. But that’s life: it ain’t always fair, but if you stay open come hell or high water, trust the process, extend yourself to others, and persist, you’ll be all right.


If you'd like to receive this blog automatically as an email, look to the right, above my bio, and subscribe there. Thanks for looking in.
Posted by Elizabeth Sims at 12:50 PM