I’ve always been grateful for my first name. I’m told my mother considered naming me Marybeth, but my father said, “None of those two-part hillbilly names.” So I got to be Elizabeth Mary. I’ve always felt a little special, because of the Queen, you know. I’ve kept track of her over the years and felt proud that she never betrayed our name by doing anything scandalous or tacky. (Not a word from you about the handbags, not a word.)

When I was a student in London many years ago, the local folks in the pubs loved to debate the issues of the day (and I’m sure still do). A frequent topic was whether the monarchy was a good idea or a bad one, and I witnessed some pretty heated arguments. But when a new round arrived at the table, everybody, and I mean everybody would lift their pints and say in strong voices, “Here’s to the Queen, God bless her.” Then the argument would resume.

I was thrilled, along with millions of Brits, when the Queen last week won the longest-serving-monarch derby, snatching the title from Victoria. Say what you will about the monarchy, Elizabeth was born into it and had no real choice as far as that went. She did have the choice of being a terrific head of state or a crummy one. 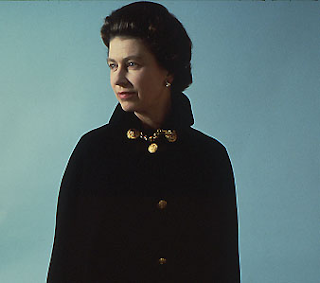 1)      played the hand she was dealt with courage and grace;
2)      stuck to her role as counsel and support for her various PMs;
3)      weathered, with dignity, horrible personal and family storms;
4)      kept on course through scathing criticism;
5)      yet embraced change when it seemed the right thing to do.

Not a bad way to live a life, whether you’re a writer or any other sort of bloke or blokette.


If you'd like to receive this blog automatically as an email, look to the right, above my bio, and subscribe there. Thanks for looking in.
Posted by Elizabeth Sims at 12:18 PM