The Power of Structure

The Power of Structure

Last night I watched a movie from 1952 called “The Crimson Pirate”, starring Burt Lancaster and some other people who don’t count because Burt Lancaster is the best ever. I love him, especially in roles where he gets to do acrobat stuff, which he does in “The Crimson Pirate”. (In case you’re not a Burt Lancaster aficionado, he was a circus acrobat early in his career. Which helps explain why he’s so graceful onscreen, whether he’s drinking a cup of coffee while glancing at someone or swinging from the crow’s nest to the yardarm or whatever the hell those things are called.) 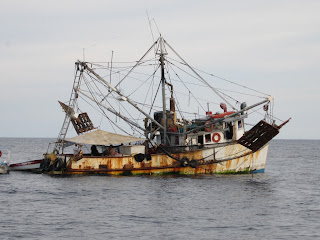 The film is basically a pirate spoof, complete with madcap soundtrack, and it’s actually a lot of fun. “Pirates of the Caribbean” ripped off a bunch of elements of it, particularly the guys-walking-on-the-sea-floor scenes.

You could watch this movie and brush it off as lightweight entertainment. And it is. But here’s the thing. Lots of people think there’s not much to it. Like, hey, let’s make a goofball movie and make a million dollars! (Or: Let’s write a cheesy book and make a million dollars! Right.) But it’s good lightweight entertainment. What makes it good? Attention to the structure of the story. I stand by this and will support it. Read on.

Writers make a mistake when they write crummy, careless material and think it will work because there’s humor in it, or they have a unique premise. Roland Kibbee and Waldo Salt, writers of “The Crimson Pirate”, took care to craft a satisfying story structure, a.k.a. plot. They could have gotten away with a simpler structure, but because they included elements of epic stories, they elevated the movie to zany excellence.

Key example: Burt’s first mate isn’t that much of a team player, and he thinks Burt isn’t ruthless enough to be a great pirate leader. He sneaks around, spying, hears some partial information, and based on that leads the pirates to mutiny. This forces Burt to be even braver and more inventive, in order to overcome the mutiny. He does, and at this point you basically forget the first mate. He’s served his purpose as a stumbling-block for the hero. Much excitement is going on. The pirates are in a struggle to help liberate an island from the unjust rule of the British, whose navy ship is trying to destroy the pirates.

But! The first mate shows up again just before the final battle of the pirates against the miserable limeys. You think he’s going to ruin things again for Burt, but he reveals that he’s ashamed of having double-crossed Burt, and sacrifices himself to help the pirates win. He’s learned that some things are more important than treasure, like the dignity of a downtrodden people. First mate stays at the helm of the pirate ship as Burt and all the others slip overboard to swim secretly to the King’s ship and take it over. The King’s guys think the pirate ship is bent on shelling them, so they blow it out of the water first. While they’re busy doing this, the pirates have boarded them and quickly overpower them. Burt kisses the pretty daughter of the rebel leader. Yay, the end.

So: If you’re still with me, and I hope you are, it’s the arc of the first mate’s character—and you can almost miss it!—that elevates this movie from mundane to affecting. When you have a character who does a 180: from bad to good, or from good to bad, you’ve got something compelling. The sequence here: Selfish bad guy, change of heart, repentance, self-sacrifice to help the cause.

You are thinking perhaps of Sydney Carton in Dickens’s A Tale of Two Cities. Yes. You can think of more, no doubt, in great stories all over the place.

Structure. You can think it through, focus, and write it.


If you'd like to receive this blog automatically as an email, look to the right, above my bio, and subscribe there. Thanks for looking in.
Posted by Elizabeth Sims at 1:06 PM