Last week I taught, along with the fabulous Lucy Jane Bledsoe, Randall Kenan, and Eduardo C. Corral, at the Lambda Literary Foundation Retreat for Emerging LGBT Voices. Each of us faculty had our own small group of students, or Fellows, for the whole week. My nine were writers of genre fiction. They were a brilliant bunch, full of sharp insight, talent, honesty, and generosity, and it was a pleasure to work with them. Our home was the campus of the American Jewish University, an oddly isolated place among the dry hills on Mulholland Drive. 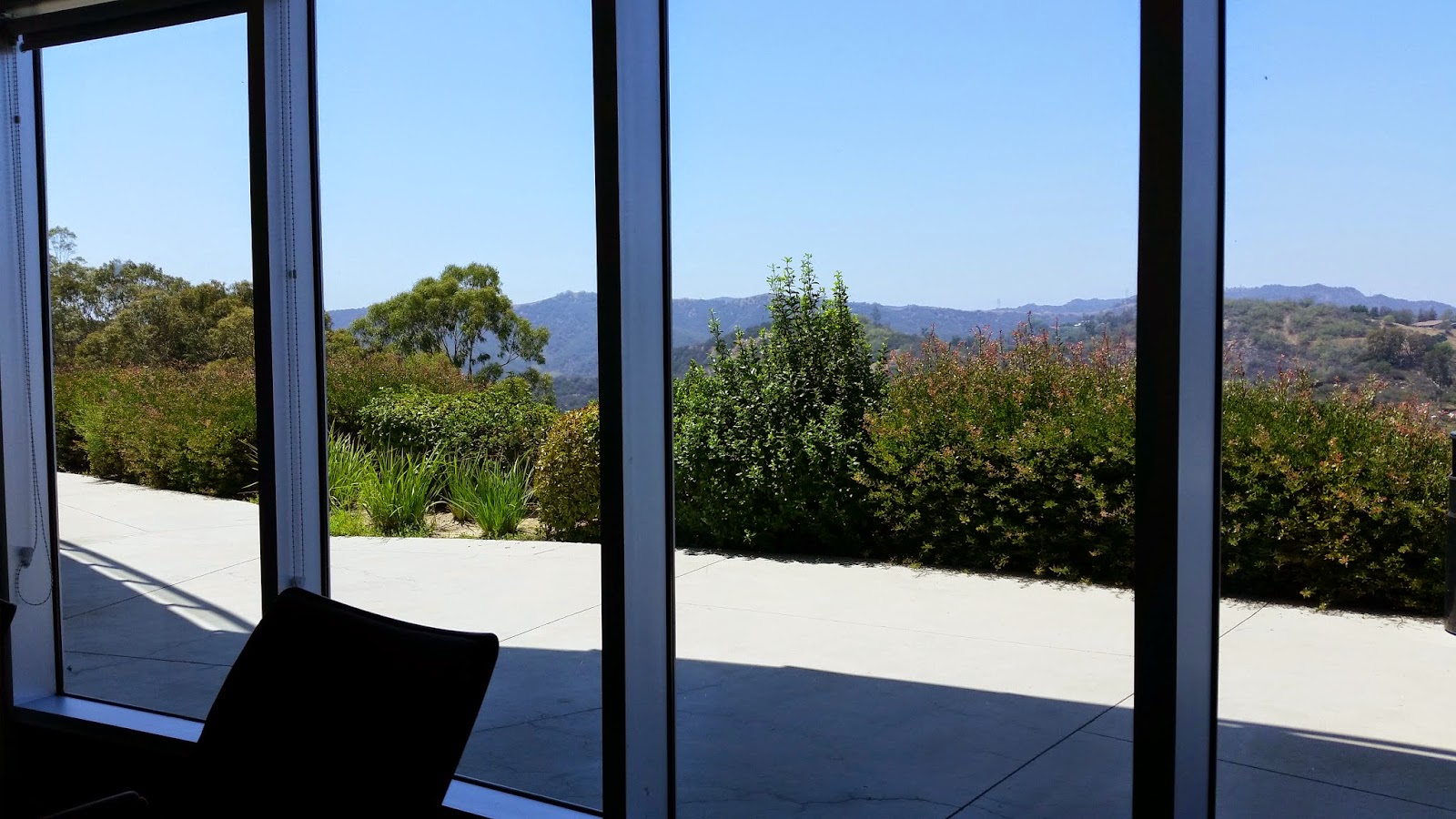 [The view from my seminar room.]

So many things arose for me that week, both externally and internally, that I want to explore a little bit here.

I tend to be an assimilationist when it comes to being queer, so am usually not all that comfortable in a situation where identity politics is the coalescing factor. Because I'm like, hey, what's the big deal about being different?

OK, I know it's a big deal, and the level of big varies for all of us, at different times in our lives, but I've long felt, "Well, deal with it and get over it, and figure out the combination to the dominant culture."

Only last week did I realize that that attitude almost certainly comes from being the daughter and granddaughter of immigrants who, as soon as they dragged their bundles off the boat, set about learning English, getting jobs, and figuring out how to become American.

One of my uncles as a teenager in the Depression scraped together money to take elocution lessons, to lessen his Polish accent, believing that talking less 'European' would help him get ahead. It did. My parents Anglicized our last name so their children wouldn't get called 'Polack' in school. We didn't. (I was grateful for this many times, as when my sixth-grade teacher, Mr. Lockman, told Polack jokes in class. I sat there trying to understand what was funny.) I only recently learned that my father's first name got adapted at Ellis Island, to Frank from Franz.

So it would be natural for me to feel out of it in a group that exists because of differentness. I felt some of that awkward, what's-the-point-ness at the start of the Lambda retreat, but far less than I usually do, and after a couple of days it was gone altogether. I think it might have been because the students had to compete to get in there, which takes courage. Too, when you're serious enough about your art to send your work into a screening process, you tend to be mature, which I guess is to say not stuck within yourself and your pain.

I found a terrific, healthy team spirit at this retreat. Yes, there was some militancy, but even that was tempered by love.

It would be easy to end this post by saying, "Hey, in a way we're all immigrants, right?" But that's not so. And it's OK.


If you'd like to receive this blog automatically as an email, look to the right, above my bio, and subscribe there. Thanks for looking in.
Posted by Elizabeth Sims at 12:13 PM